Huawei announced a new smartphone Honor 8 Pro for the European market. It is a rebranded device that is known as the Honor V9 in China. It features a 5.7-inch 1440x2560p QHD IPS LCD panel on front. It is powered by Kirin 960 processor with Mali G71 Octa-core GPU. The main highlight of this device is its dual rear cameras. It boasts of 12 MP+ 12 MP dual back camera and an 8 MP single front-facing camera. The rear camera can record 4K videos @30fps. The fingerprint sensor is embedded on the rear under the camera. The device looks very slim with 6.97mm-thickness. For storage, it has 64GB internal storage with a hybrid microSD slot. 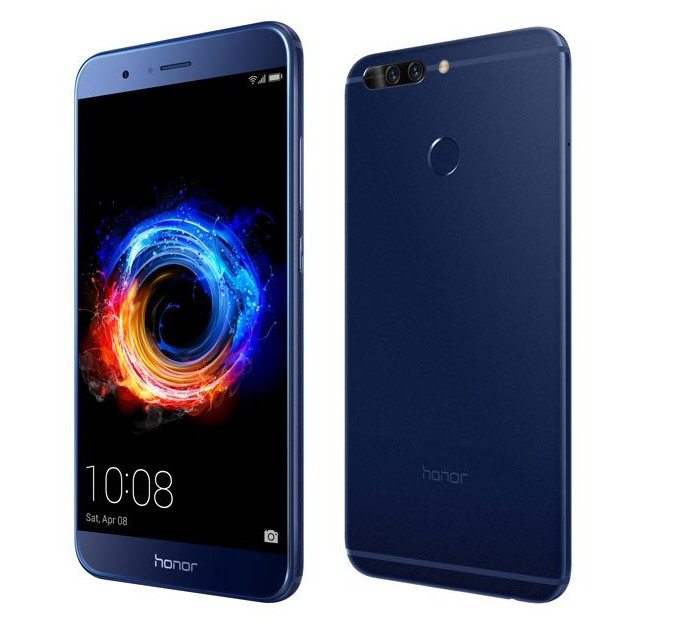 The handset packs a 4000 mAh big battery with fast charging support which can charge phone fully in about 1 hour and 50 minutes according to company’s claim. Connectivity features include 4G LTE, WiFi 802.11ac (2.4GHz/5GHz), Bluetooth 4.2 LE, GPS, NFC and USB Type-C. It runs on Android 7.0 (Nougat) with Emotion UI 5.1 on top.

The Honor 8 pro is launching in UK, France, Germany, Italy, Spain, and Switzerland. It comes in Navy Blue, Midnight Black and Platinum Gold color options and is priced at £475 (approx. 38,500 INR) in the UK and €549 (approx. 38,000 INR) in other parts of the Europe. Pre-orders are available via vMall.eu with different Honor Gift Set depending on your region. It will go for sale via Amazon starting from April 20, 2017. It is expected to come in Indian market very soon.