HTC, a Taiwanese smartphone maker, was one of those companies who was working to build creative devices in old days. But in the last couple of years, the company faced big downfall since they failed to create good smartphone even they have launched some MediaTek powered smartphones in that period which seems they have made a big mistake.

HTC 10 was good smartphone though, but Samsung took a dig while they were already facing criticism. Now they started working on its next flagship. Sorry forgot to mention, in between HTC 10 and current period, HTC also introduced two new smartphones namely: Htc U Play and HTC U Ultra but pricing were not worthy at all. Now, a new device name as HTC U11 is rumored to launch very soon.

The HTC already teases it on their twitter handle to unveil it on 16 May 2017. So we are not far away to get the hand into it. We will talk about its specifications and features which we are expecting to come along with HTC U11. Let’s start with detailed explanation below:

HTC U11 smartphone is rumored to come with 5.5-inch 1440p QHD IPS LCD panel with Corning Gorilla Glass protection on front. It is expected to come with Glass design as the company did with HTC U smartphones launched previously. I think its good choice to use glass design rather than using full metal unibody design which causes heating issues more severe.

A previous leak reveals its all design side by side. According to it, the phone looks with front and back glass clamped by metal from edges. It is rumored to come up with IP 58 dust and water resistant protection which seems outdated looking at other flagship smartphones even Apple adopted IP67 rating with its iPhone 7 and iPhone 7 Plus launch.

As HTC known to provide the latest hardware on its flagship smartphone, the HTC U11 should pack Snapdragon 835 chipset which is latest from Qualcomm and rumors also suggest same. The handset is expected to pack Snapdragon 835 processor with Adreno 540 GPU. For storage, there are two variants: one with 4GB RAM and 64GB internal storage and the another one with 6GB RAM and 128GB storage. The base of all these specs is leaked official looking specs sheet. 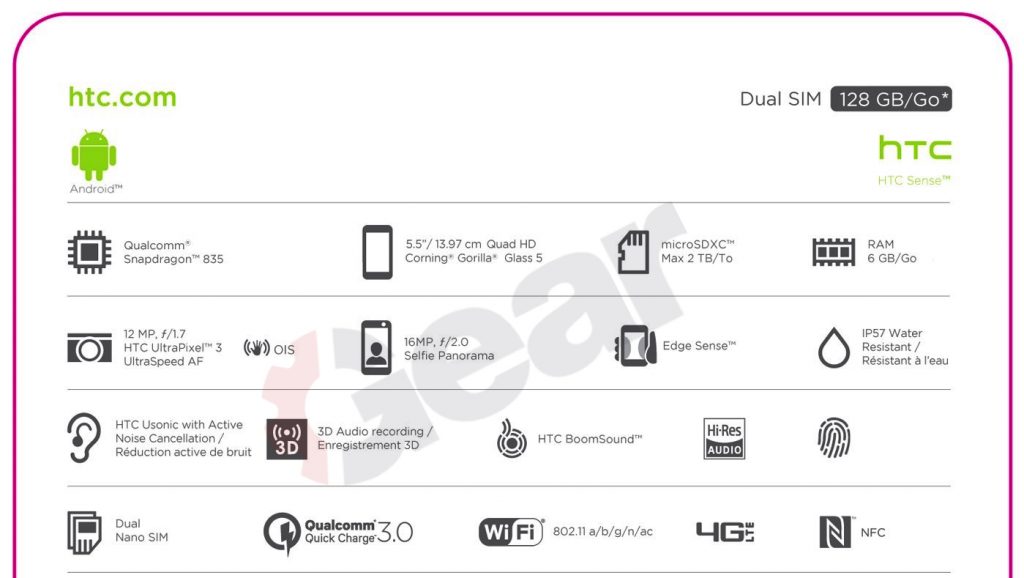 HTC smartphones are known for their enhanced sound experience. In the audio department, the smartphone is expected to support Hi-Res Audio and might also feature HTC Boom Sound and Active Noise Cancellation technology. The handset will be backed by 3000 mAh battery which is kind of small in current competition but Quick Charge 3.0 is their to charge the handset rapidly. Since Snapdragon 835 chip is manufactured on 10 nanometer process so we can also expect very well balanced power consumption.

In software departments, HTC looks to provide all latest features of Android at current market scenario. The HTC U11 will run on Android 7.1.1 with HTC Sense UI skin on top. 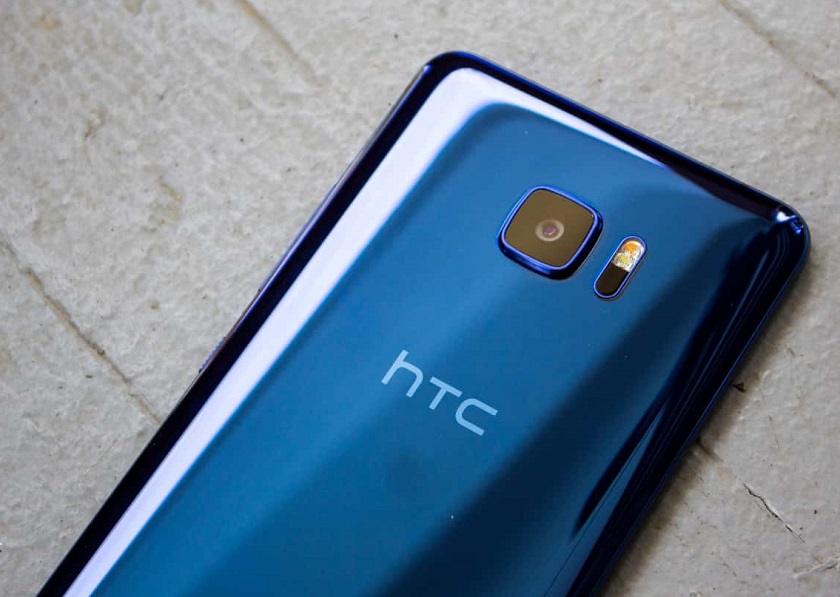 The HTC U11 was earlier rumored to have 12 MP rear and a 16 MP front camera, but now more features are expected to come bundled with it because of the 360 video teaser. The company confirmed it on their official Twitter handle. The rear camera will come up with 12MP f/2.0 aperture by adding laser autofocus, Geo-tagging, touch focus, face detection, HDR and OIS with dual tone LED flash.

On front side, their will be a 16MP shooter to capture the selfie which looks good atleast on paper. Their is nothing to say more with out testing it on real world usage. Hopefully, HTC will do good job looking at current market standards.

Connectivity features will include a dual-band Wi-Fi, GPS, 4G LTE, Bluetooth 5.0, NFC and USB 3.1 C tethering technology. The phone will also have a fingerprint sensor embed on its home button which will serve in implementing security features. But on other side, the HTC is looking to ditch 3.5 mm Audio jack which can be deal breakers for some but i think its on that bad as it looks. Their is no other drawback in terms of connectivity except ditching audio jack.

HTC U11 Price in India

As HTC is a tear 1 brand, so the price of this device should be high. As of now their is no information available regarding its price but we can expect it around 51-52K if the company priced it correctly. My guess is The HTC U11 will launch in India for 51,990. What you think? let me know in below comment section..

Overall, the device looks pretty decent al least on paper and it might be another big smartphone of 2017 after Samsung S8 smartphones. The HTC has to do something new to make its place in current market because competition are becoming more and more tough for all the smartphones creator. Their are some new player like Xiaomi and OnePlus already on list who provide great specs at low price so big companies are loosing their profits because their high end pricing. People are now looking best value for money smartphones which was not the case few year ago because of less smartphone brands. 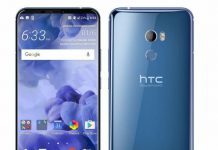 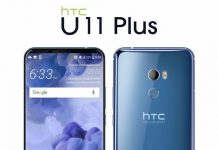 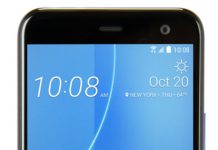