Huawei Mate 10 rumor mill is on the swing. The device is scheduled to be official on October 16 at an event held in Germany. Lately, Evan Blass had posted an image on its twitter handle, by claiming it to have Mate 10 (however, he specified to get it from another source). In that given image, the device was looking to share higher screen to body ratio with least Bazels all around the corners. Now, we get to know an alleged spy image of Mate 10 (standard variant), which directly challenges the image provided by Evan.

According to the latest leak, the device seems to offer thick top and bottom edges whereas, side borders are equal to the recent image, but with a flattened portion, not curvy. If you remember, a few days ago, we had posted some CAD leaked images of Mate 10. In fact, the current design resembles with the provided CAD images. The authenticity of the image is being claimed to be nearly 100%, what the original product will look alike. Apart, from that, an original image has been posted of lately leaked render by Evan, that was later refined by the tipster (who sent it to Evan). As the device is said to bring 16:9 ratio display, the new spy image appears to me, a precise early glimpse for the standard Mate 10. The lastly leaked image relates more with an early look of Mate 10 Pro.

To recall, the Mate 10 is rumored to bring 5.88-inch 2,560 x 1440p display with traditional 16:9 aspect ratio. It will have 4GB RAM coupled with the only 64GB storage option. The battery capacity is 4,200 mAh battery, but with slightly thicker 8.23-millimeter dimension. When it comes to connectivity, Blanc or Mate 10 Pro will use faster LTE Cat. 16 modem whereas, Lite variant will be shipped with LTE Cat. 12 modem. 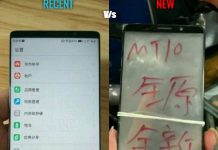 Mate 10 is more than a smartphone, claims Huawei 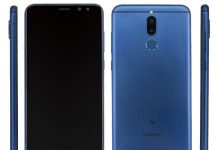 Huawei Mate 10 Lite exposure – Here is everything you need to know about whole Mate 10 series! 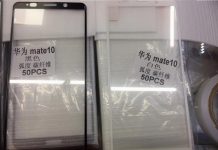