MediaTek Helio P60 vs Snapdragon 636 vs Snapdragon 625: MediaTek recently introduced Helio P60 chipset and it’s a flagship SoC from the Chinese firm as Helio “X” series has already been discontinued. In most areas, it has got significant improvements over its predecessor. Going with its provided specs, the chip directly competes with Qualcomm’s current upper mid-range Snapdragon 636 or even last year’s overall well-balanced mobile platform Snapdragon 625. In this article, we will be comparing between MediaTek Helio P60 vs SD636 vs SD625. Without any further ado, let’s get started:

The MediaTek Helio P60 offers eight-core CPU build on 12nm architecture with having 4x Cortex A73 2.0 GHz powerful cores, wheres 4X Cortex A53 clocked at 2.0 GHz low power consuming cores. Another side, Snapdragon 625 and 636 are based on 14nm FinFET technology. The Snapdragon 636 has octa-core Kryo 260 cores clocked up to 1.8 GHz and, Snapdragon 625 packs 2.0 GHz octa-core CPU with Cortex A53 cores. 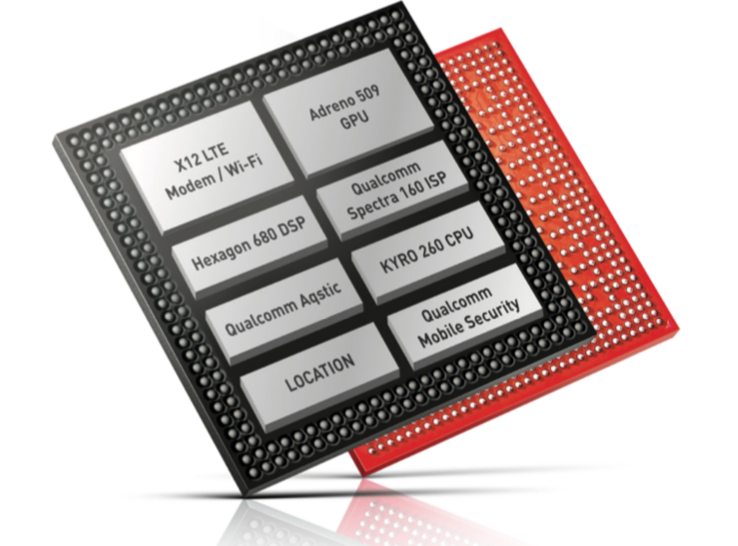 The GPU given to Helio P60 is Mali-G72 MP3, SD636 have Adreno 509 and Adreno 506 for SD625. Overall, Helio P60 and Snapdragon 636 are very near to each other, but Snapdragon 625 not even stands close to among both. Considering the CPU, Snapdragon 636 offers more stability even though it has less powerful cores. The Helio P60 have an extra edge when it comes to clock speed, but lacks to maintain it for a long time. The Adreno 509 GPU is more powerful than the Mali-G72 MP3, but we haven’t tested Helio P60 powered device yet. 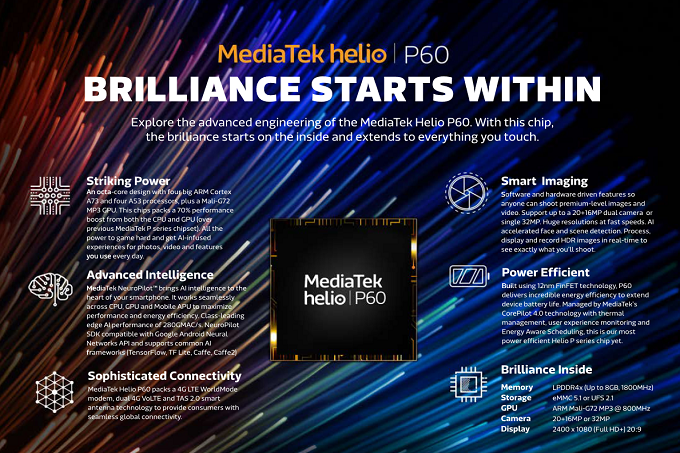 Qualcomm’s Snapdragon 636 supports up to 24 MP single camera or Dual 16 MP camera, but Helio P60 can hold up to 32 MP singe camera of Dual 16 + 24 MP cameras. Definitely, Helio P60 given more freedom in the camera department, but rather than higher pixel camera, optimizations are given to ISP (Image Sensor Processor) work better, Even the same sensor used on two different devices can’t be guaranteed for similar kind of performance.

The Helio P60 uses tri-core ISP for better efficiency, whereas Snapdragon 636 has dual-core ISP. So in the camera department, Helio P60 is the winner, at least on paper. Here, I am not taking into account Snapdragon 625, because it is not comparable to both, but still, it offers Dual 13 MP cameras and single 24 MP compatibility.

Both Snapdragon 636 and Snapdragon 625 can support up Full HD+ (1080 x 2160p) display, but Helio P60 is more flexible with up to Full HD+ (20:9). Almost all the major devices launched in 2017 feature 18:9 aspect ratio display and all the SoC’s mentioned here fulfill the need but Helio P60 takes it to next level. Speaking of connectivity, Snapdragon 636 comes with LTE X12 Modem, which offers up to 600Mbps download and
150Mbps upload speed. Helio P20 has 300Mbps download, and 150Mbps upload speed and both of them can be used for Dual 4G VoLTE SIM cards. Apart from that, all the required connectivity options available on these processors.

Wrapping it up, both Snapdragon 636 and Helio P60 come with some great on paper specs, But Snapdragon 636 seems a better pick because of its great optimization and stability. Helio P60 not bad either, maybe one of the best SoCs from the MediaTek, but comparatively Snapdragon 636 has better CPU, better GPU and connectivity options. But Helio P60 has better camera features, so you would be finding it on camera-centric devices. The Snapdragon 625 secures its last place. If you have any question in your mind, please let’s know in below comment section! 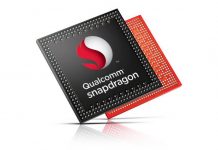