A few days ago, HMD Global announced Nokia X5 in China and currently available for sale in the country. Afterward, we have got a plenty of rumors suggesting the device will globally available as a Nokia 5.1 Plus. Finally, we have concrete evidence that the device is soon going to launch in international markets. A device including five variants, named TA-1108, TA-1105, TA-1120, TA-1112, and TA-1102, gets certification through Bluetooth SIG by mentioning the Bluetooth version 4.2. However, the listing hasn’t revealed the smartphone name, but most probably it would be the global variants of Nokia X5. 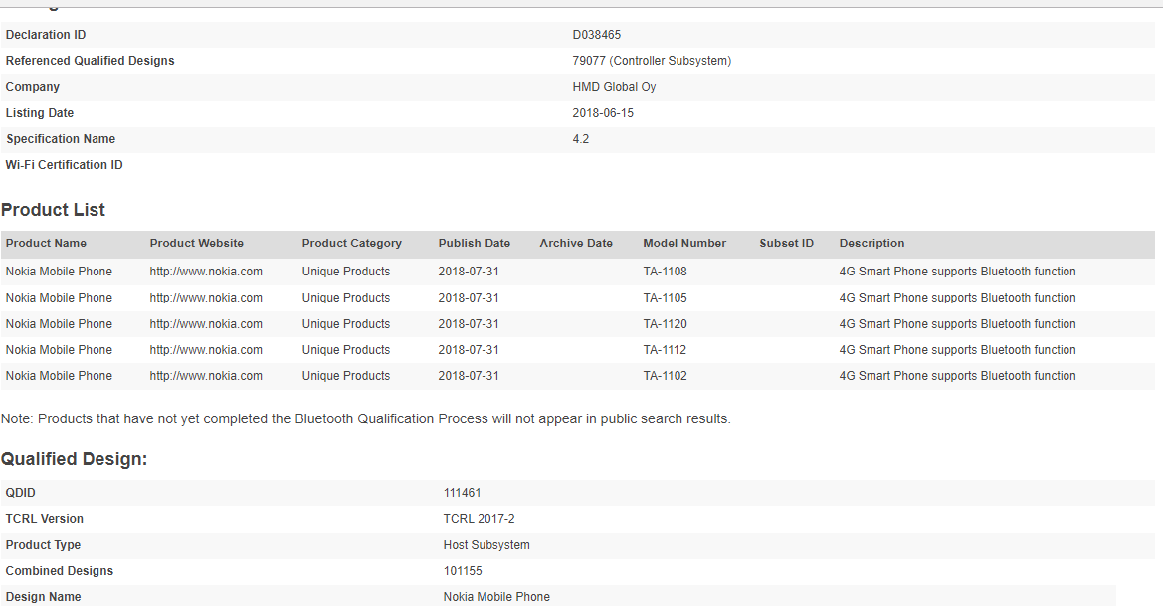 Previously, Nokia TA-1105 had appeared on Indonesian certification site. So, there isn’t any doubt remains the mentioned variant belongs to the specified country. However, Remaining variants yet to be confirmed the country, but, the listing confirms, HMD Global is all set to release Nokia 5.1 Plus in global markets and it could be released anytime soon.