Samsung launched A5 2016 in December, 2015 with Android 6.0, Marshmallow out of the box. Now Indian units has started getting Nougat, 7.0 update on their A5 devices whereas this update is already been pushing in Russia from last month. 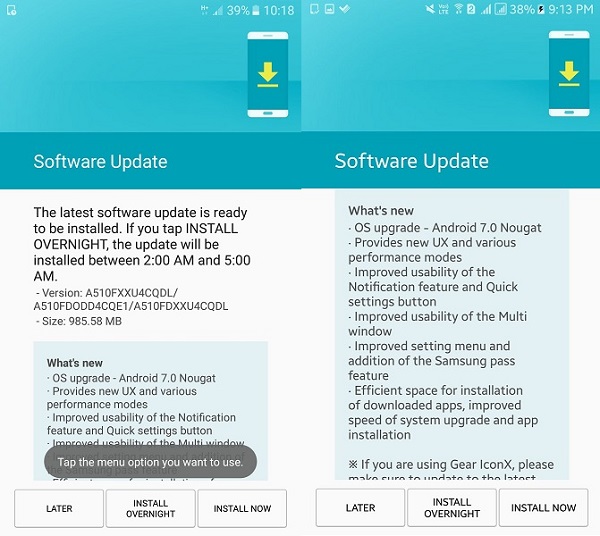 The Nougat update is also available for an another Samsung device called Galaxy A7 2016. This update is weighted around 970MB in size. As mentioned in above image, The new update comes with several bug fixes and enhanced performance on both the device. it is being rolled out over-the-air (OTA). Usually, OTA update takes some time to reach targeted device. In case, still you did not get update push notification, you can check it manually by visting Setting Menu > Software Updates.