It’s been not too long since Samsung announced Galaxy A7 (2017) and now, seems the company has started working on its successor. A Samsung device has tipped on GFXbench carrying the model number SM-A730.

According to the listing, The forthcoming A7 could feature a 5.5 inches Full HD Super AMOLED panel on front coupled with 4GB RAM + 32GB internal storage under the hood. When it comes to optics, 16MP front, and rear camera combination can make its entry. Furthermore, The rear camera is capable of recording 4K videos while front-camera is restricted to 2K videos recording, revealed by GFXbench. 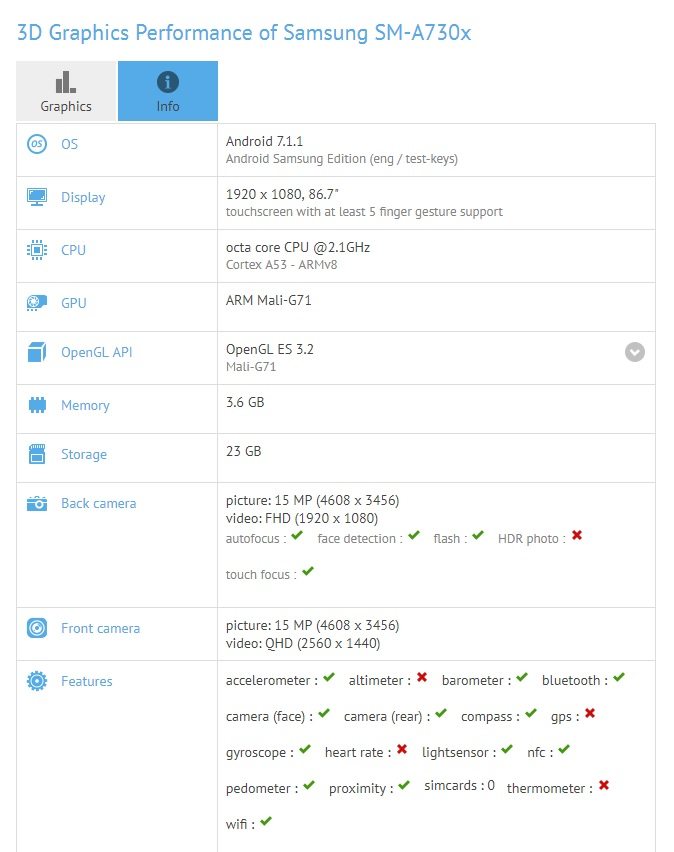 The Samsung A7 (2018) could be the first phone bearing Exynos 7885 processor clocked at 2.1GHz octa-core CPU paired with Mali-G71 GPU. All in all, these are primary leaks so we can’t make a guess about its final appearance.