As we are currently waiting for Samsung’s upcoming phablet Note 8, a new Samsung Galaxy device has been surfaced on Geekbench allegedly called Galaxy S9. It hasn’t much time since Samsung Galaxy S8 and S8 Plus were launched and it is too early to say anything about its successor. 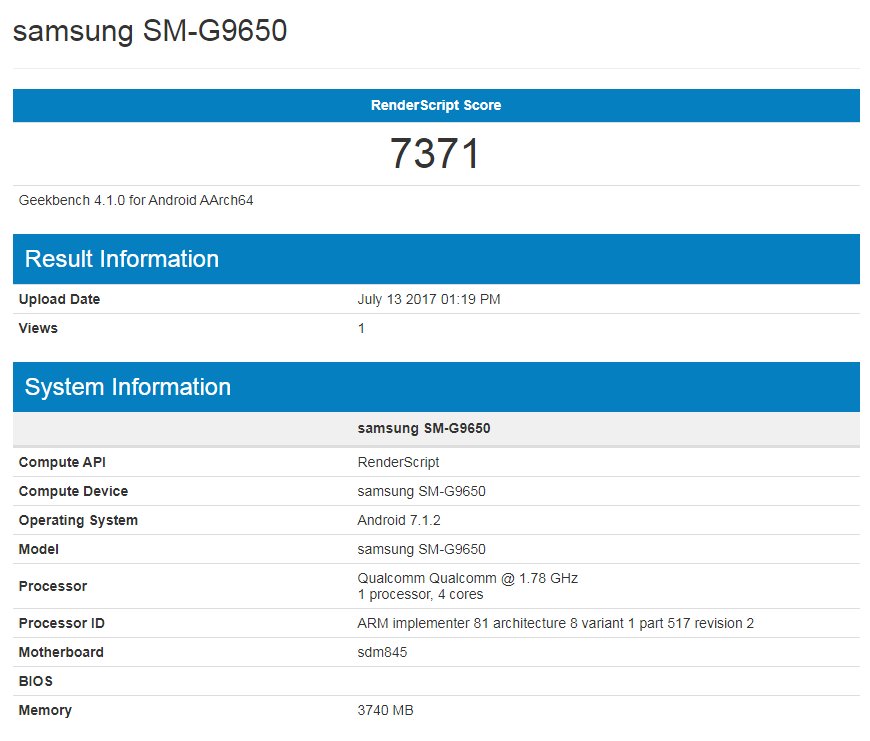 According to the listing, the handset is using Snapdragon 845 chipset which even Qualcomm hasn’t announced yet, but the company provides samples in advance to the manufacturer for testing purpose. One thing goes against it called as S9 is its 4GB RAM but this is only prototype, the final product would be different. The listing revealed its model number as SM-G9650 which indicates for next Galaxy S smartphone as previous variants S8 and S7 use SM-G95XX and SM-G93XX respectively, besides a Twitter user also claims it as Samsung Galaxy S9.

The handset is caught running on Android 7.1.1 as Android 8.0 is not out there for Samsung’s heavily skinned TouchWiz UI. These are initial leaks, so we can’t judge anything about how the final product will look alike. What do you think about it? Let us know in below comment section!