Thuraya has finally announced the world’s first Android-based satellite smartphone dubbed as X5-Touch as it was promised earlier this year. The also offers smartphone functionality as well as compatible with sat. call. For satellite calls, a retractable antenna has been added, and the phone has always-on dual-SIM functionality with one SIM working on standard 2G/3G/4G networks and the other allotting with satellites. 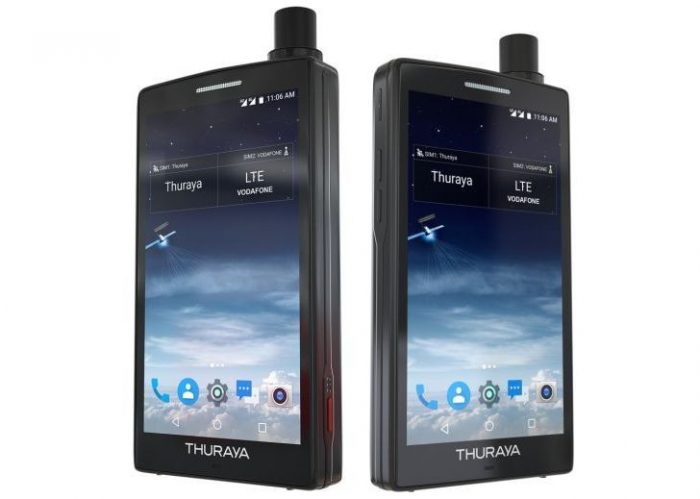 Moving towards the spec, it has a traditional 5.2 inches 1080 x 1920 pixels Full HD+ IPS display on the front. The handset is powered by the Qualcomm Snapdragon 625 processor paired with Adreno 506 GPU. In terms of optics, it has an 8MP rear and a 5MP front-facing camera. Further, it runs on Android 7.1 Nougat out of the box and packs a 3,800 mAh non-removable battery to keep the lights on. It has 16GB of internal memory and 2GB of RAM, which can be further expanded via external micro SD slot.

It comes with comes with IP67 water and dust resistance as well as MIL-STD-810 certification, that give it the ability to survive in extreme conditions. The device measures 145 x 78 x 24 mm and weighs 262 grams. It supports navigation via GPS, BeiDou, and GLONASS and also brings NFC.

When it comes to pricing, Thuraya X5-Touch is priced at £999 with the availability in 160 countries. According to the country, shipping will start in December in various countries, whereas, some other markets will get it by the end of January including the UK.