GlobeMobiles.Com
Home Blog What Is An Xbox-Like iPad Pro Good For?

As you may have heard, Apple’s newly released iPad Pro is getting some Xbox One S comparisons. Its new A12X Bionic chipset has blown away previous iterations, and as a result, the main thing people are talking about regarding this new product is its sheer processing power, and the accompanying, gorgeous display. Apple itself has said the new device is as powerful as an Xbox One S, which is probably one reason that’s the comparison that seems to be making the rounds.

Clearly, in a surface-level way, the notion of a tablet with this kind of power is going to appeal to a lot of consumers. But it stands to reason that one reason it’s being compared to a gaming console is that Apple would like it to compete with them, to some extent. That’s not to say the iPad Pro is going to replace people’s gaming consoles – it’s not – but it does introduce the question of what the new tablet might be good for on the gaming front. To that end, we have a few observations.

If you’re interested in gaming you’re likely familiar with Steam. If not, the easiest explanation is that it’s an online platform designed to allow people to buy and download games, ranging from relatively modern console games available for computers to old, retro titles. Well, this past spring we learned of a Steam app that would allow for games on iOS devices, which should include this new iPad. This opens the door to fairly modern and very high-quality games being downloadable for the iPad Pro, which makes its Xbox-like capabilities all the more interesting.

This isn’t the most exciting category to discuss, but the simplest response to what the iPad Pro is good for is that there is already an awfully impressive catalog of mobile games available on iOS devices. Some are specifically geared toward the larger screens and handles of an iPad, and there will undoubtedly be more if the new tablet is as well-suited to high-end gaming as is being claimed. So, in short, we might simply see better mobile games reaching the iOS app stores in order to be enjoyed (and shown off) on the iPad Pro.

Online Casinos Have Been Awaiting This Moment

Some are unaware of just how big online casino gaming platforms are, but rest assured they cater to countless players. It goes without saying that a poker simulation would look excellent on a top-notch iPad Pro, but there’s also exciting potential in other forms of casino gaming. Slots, for that matter, are known to be by far the most popular form of casino play online, and one reason is specifically that they’ve begun to incorporate pretty and entertaining graphics. Basically, casino developers have been striving to make more visually appealing experiences, which should make the new iPad Pro a major opportunity for them.

The AR Glasses Are In Play

We also shouldn’t forget that the biggest Apple rumor for a year or two now has been that of augmented reality glasses in development. These glasses are not expected to operate like current mobile-compatible VR goggles, in that they’re expected to be alternatives to phones rather than accessories to them. And that might mean that they require a console- or PC-like system to work alongside. Thus, just as some major consoles power accompanying VR headsets, it’s conceivable that the iPad Pro’s power is meant in part to support the forthcoming glasses. 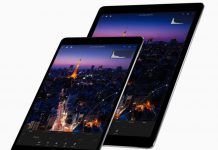