Xiaomi has already launched Mi8 earlier this month. Now the company is looking forward to launching its successor, that should be called Mi9 if everything goes correctly as we are expecting. Xiaomi Mi8 is one of the most affordable flagships smartphone launched by any company and that is the main reason for its global popularity. In this article, we are going to discuss the expected features, specifications and Price of its upcoming flagship Xiaomi Mi9. So, without any further ado, let’s get started:

The Mi9 is expected to house Qualcomm’s Snapdragon 855 processor coupled with latest Adreno GPU. Being a flagship device, it should bring top-notch configurations out of the box; therefore we are expected up to 8GB of RAM paired with up to 256GB or 512GB of built-in storage. The RAM might go even higher as Mi Mix 3 is speculated to arrive with whooping 10GB of RAM.

The handset will be arriving with all the required sensors and essential connectivity options including 5G support. The device will definitely run on MIUI 10 based Android Pie out of the box. Furthermore, the battery of the device might either increase to nearly 4,000 mAh.

As the smartphone industry is evaluating, we are bigger display wrapped in the compact body as the screen to body ratio has been increased comprehensively. The Xiaomi Mi9 is expected to feature around 6.2-inch to a 6.3-inch display, similar to the Mi8, and resolution might go near to Quad-HD+. The Optic department will be improved definitely, but at the current scenario, we don’t have any idea of exact camera configurations. For further information, bookmark the page and we will keep posting Xiaomi Mi9 related stuff on this page! 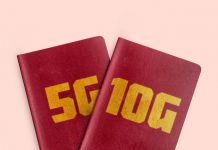