Facial Recognition has become a trend for smartphone brands to show their device to have it a unique feature. However, it was announced way back with Android 4.0 Ice Cream Sandwich but was a failed attempt using the camera. It was readily available even using the captured image of the user. Now, again the technology is in the market and will be interesting to see how it performs in different situations. Many of the big players adopting it such as Samsung, Apple, Vivo, etc. and many to join it later. In this article, we will be posting the Smartphones list equipped with Face Detection or Facial Recognition technology. So, without any further ado, Let’s get started:

Samsung Galaxy “S8 series” has got the crown to deliver Facial Recognition technology before anybody else does. The Galaxy S8 and S8 Plus were announced way back in March this year adopting that technology. Many of the tech experts found various security flaws whereas, the company negotiated those claims.

Both of the smartphones are having 18:9 ratio infinity display protected with Corning Gorilla Glass 5 protection. These smartphones are packed in with either Snapdragon 835 or Exynos 8895 SoCs, depends on the market. Rest of features are according to one would expect in a flagship smartphone. Interestingly, These headsets also carry Iris scanner, so plenty of options are available to unlock the device including the Fingerprint scanner but at a very odd location.

Samsung Galaxy C8 is another smartphone with the same brand to opt this technology. It was yesterday launched for China and gradually will reach to other parts of the world or may be China exclusive device as the company usually do with “C” series smartphones. The handset equipped with 5.5-inch Super AMOLED display with 1080 x 1920p resolution. It is powered by octa-core processor clocked at 2.39GHz having dual verticle rear cameras; 13MP standard with f/1.7 aperture while the secondarily is a 5MP with f/1.9 aperture telephoto lens. Combination of both the camera will help you to capture depth information and better-focusing abilities. The front side is covered with a 16MP, f/1.9 selfie shooter to obtain selfies.

The battery capacity is given 3,000 mAh with 32/64GB storage variants coupling 3GB of RAM. It runs on TouchWiz based Android 7.1.1 out of the box.

Vivo  V7+ is another smartphone to bring facial recognition technology to give you an extra option to unlock your device. The device is powered by Snapdragon 450 with octa-core CPU and Adreno 506 GPU. It is operated by Vivo’s custom FunTouch 3.2 UI based on Android 7.1.2 out of the box. Regarding storage, it has 64GB inbuilt memory paired with 4GB of RAM.

This is another selfie-focused smartphone from the company with 24MP, f/2.0 aperture selfie shooter with ‘Moonlight Glow’ soft selfie flash, while the rear side is surrounded by a single 16MP, f/2.0 aperture sensor with various beautification modes to modify image quality. The battery capacity is 3,225 mAh.

LG Q6 highly marketed for given Facial Recognition. The device is available most parts of the world at very affordable price. It has has a 5.5-inch FullVision display with 1080×2160 pixels resolution aspect ratio of 18: 9. The smartphone has Snapdragon 435 processor paired with Adreno 505 GPU. LG’s phone has a 13-megapixel rear camera. To the front, The smartphone has a 5-megapixel camera with wide-angle lens.

Vivo X20 is next flagship smartphone from the company. Lately, Vivo has confirmed that the device is outfitted with Face Wake ( a name given by Vivo) that will help to unlock the device securely. The process to use this technology is very simple. You will have to hold the power button, and double tap on display and your device will be unlocked.

iPhone 8 or Special edition is the most anticipated device of 2017 as always. A long time ago, HomePod firmware endorsed that iPhone will ditch Touch. Instead, it will be taken care by “Pearl ID” to unlock the device.  The iPhone 8 is almost confirmed to employ Facial detection technology.

The tech giant is holding an event on September 12, where three phones are expected to be out along the special edition one.

The Mi Note 3 has just announced by the company. It applies Face Unlock feature using Facial Recognition technology. The smartphone is equipped with 5.5-inch 1080p Full HD IPS  display. The processor is Snapdragon 660 coupled with Adreno 512 GPU. A 3,500 mAh battery backs the handset. Under the hood, The smartphone packed in with 64/128 GB storage option coupled with 6GB of RAM.

The optics departments use the same Mi 6’s dual rear camera on the back with a secondary telephoto lens, which produces 2x optical zoom. The selfie camera is handled by a 16MP sensor with AI beautification mode. Overall, the phone is decent, but it would be fallacious to say it larger Mi 6 as the company marketed it.

The Mix 2 smartphone uses the same way as Mi Note 3. Both the smartphones delivering Facial Recognition technology to unlock the device and secure your apps. The Mi Mix 2 equipped with 5.99″ Full HD+ IPS LCD display, has Snapdragon 835 processor coupled with Adreno 540 GPU. It borrowed a dual rear camera from Mi 6’s 12MP Sony IMX386 sensor, 1.25μm pixel size, f/2.0 aperture. The front side is surrounded by a 5MP selfie snapper. The storage options include, 6GB RAM + 64/128/256GB storage or 8GB RAM + 128GB built-in storage with 3,400 mAh battery under the hood.

All in all, Facial Recognition technology seems to be a secure way to unlock your device. It will be interesting to see how brands implement it in a very secure way with minimal risks. 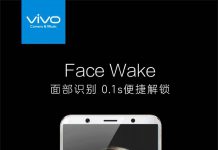 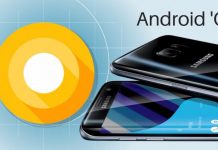 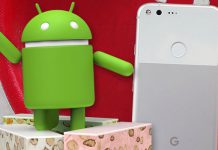