Oppo is not in the mood of pausing customized versions for its Oppo R11. The company has unveiled another customized variant dubbed as “King of Glory R11.” If you are not familiar with King Of Glory, it is a multiplayer online battle arena published by Tencent Games, and millions of people are playing it on a monthly basis. Moreover, declaration of this handset is made because of to celebrate the anniversary of King of Glory and is a limited edition device (of course, will be available in limited quantity).

If I recall, Oppo recently introduced two other customised variants dubbed as FC Edition and TFBOYS respectively. The new device employs similar concept as the earlier ones did. It has the 18K gold plated King of Glory badge on the rear, customized themed UI, and Bold Red and black color combination polished body. Rest of the design and specs remain same as the original one.

Considering the pricing and availability, However, we have yet to know the price of the device, but it will be available for sale on September 29 at Oppo’s official online store. If you are King Of Glory fan, you can consider of buying this device. 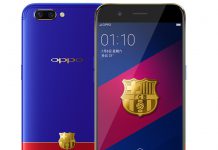 Oppo R11 FC Edition is available for purchase in China 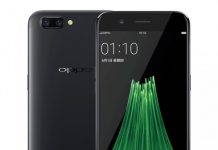