Samsung launches bunch of mid-range smartphones last year even we are confused which one is better as they have similar specs most of them. Now, the company is preparing to launch new mid-ranger. A new galaxy smartphone surfaced on GFXBench with SM-G615F model number and some reports claim that it could be Samsung Galaxy On7 Pro 2017. 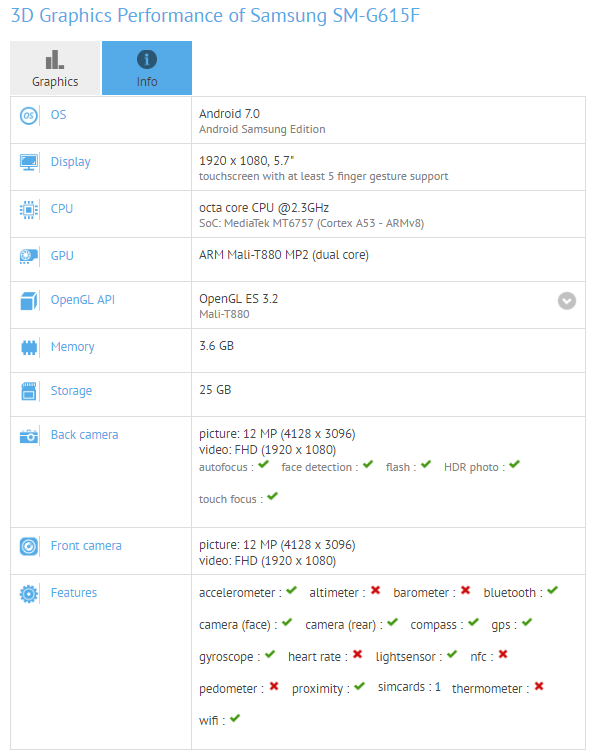 Moving to its specs, The Galaxy On7 Pro features a 5.7 inches 1080x1980p display with Gorilla Glass protection which is a better display compare to its predecessor which was launched with 5.5 inches 720p display. The leak suggests, it will pack a Mediatek 6757 Helio P20 processor, Mali-T880MP2 GPU coupled with 3GB RAM and 32GB inbuilt storage underneath. The Samsung On7 Pro equipped a 13MP rear camera same as last year’s On7 pro.

The new handset runs on Android 7.0 and comes with Fingerprint sensor embed and USB Type C port. It is expected to be unveiled in coming couple of weeks. Pricing of this device not confirmed yet.