Recently Samsung flagship S7 and S7 Edge were spotted with Android Nougat. Now Galaxy S7 has caught running on Android 7.0 on the official GFXBench online database. It would appear that Samsung is in the final stages of testing the long-awaited Nougat update. 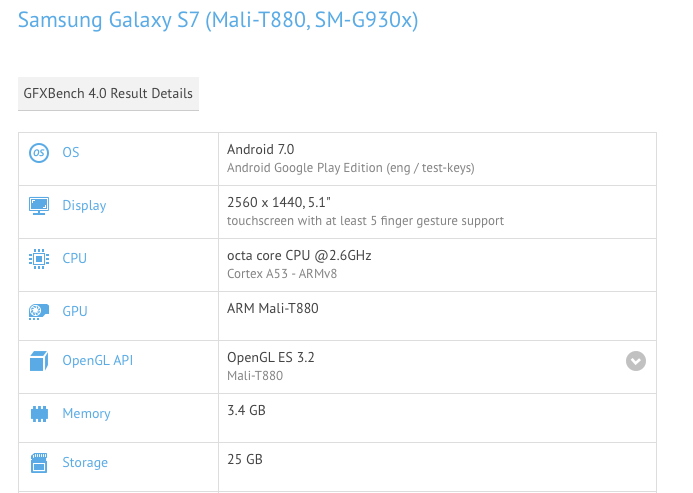 South Korean company has been testing the Nougat firmware for the Galaxy S7 and Galaxy S7 edge in Poland for a little over two weeks ago. Samsung might provide Nought update very soon. This time Samsung took this matter vary seriously and working very hard to provide this update globally as soon as possible.