As we are already aware of, Samsung Galaxy Note 8 is scheduled to be unpacked on August 23. We have the precise look of the upcoming device from Samsung with presumed specifications. 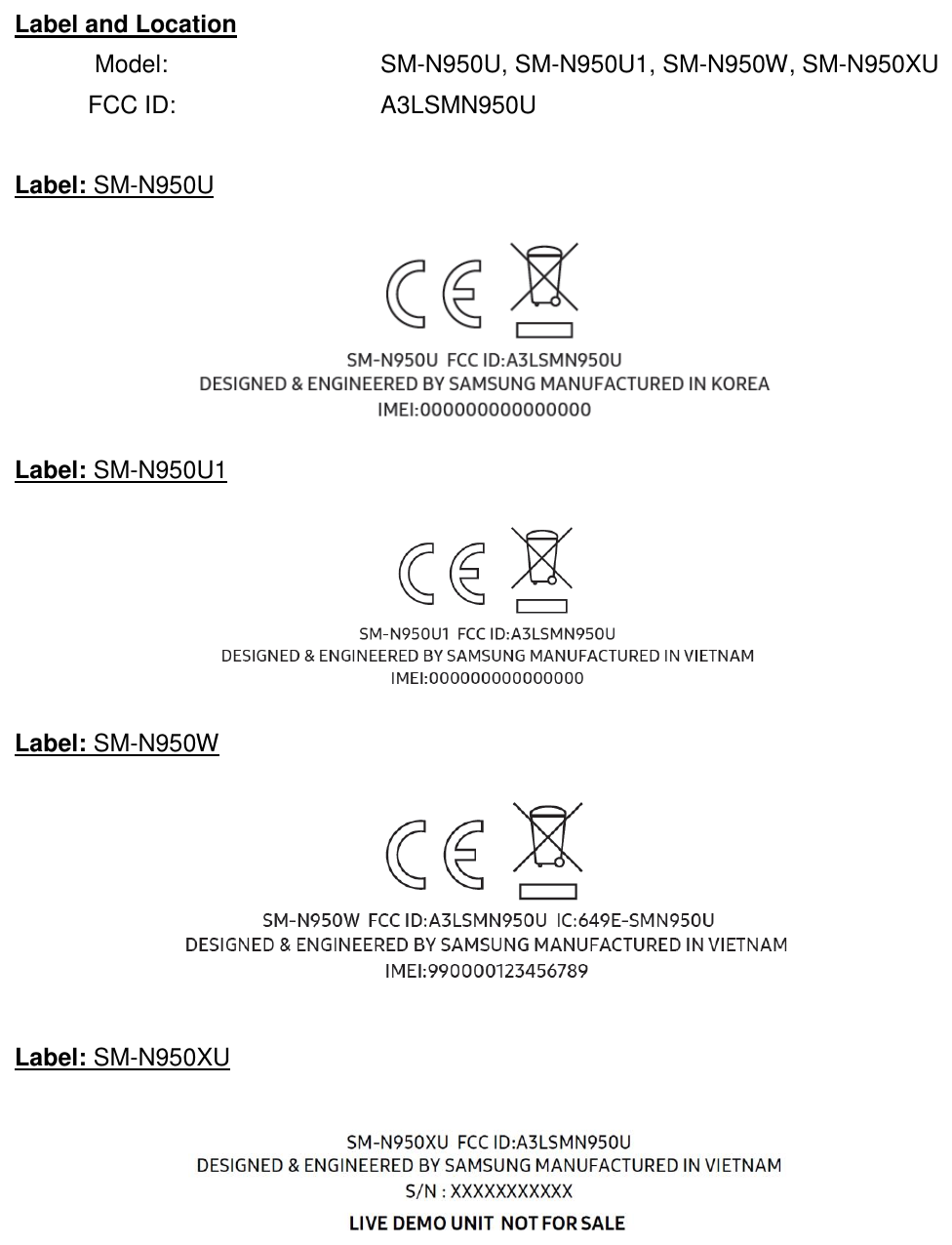 The Samsung Galaxy Note 8 has now passed through the FCC bearing the model number SM-N950U. Considering the Note 7 brought the SM-N930U model no. for the USA, we are pretty sure SM-N950U is the model number for the Note 8 specifically for the U.S.A. subcontinent. Besides, Galaxy S8 bearings go by SM-G950U and SM-G955U in the USA.

There are multiple other models passed through the FCC including SM-N950U1, SM-N950XU and SM-N950W. Meanwhile, The SM-N950W is said to for Canada while remaining is still unknown. The FCC put one step further to confirm the launch of much-awaited Note 8. After the Note 5, this would be the major launch for “Note” lover (fortunately, who didn’t take hands over Note 7).

Recommended: Samsung Galaxy Note 8 screen protector leaked to give some idea about display

Furthermore, The device is rumored to come with 6.3 inches QHD+ Super AMOLED display, Snapdragon 835, Android 7.1.1, 6GB RAM, and 64GB internal storage. The traditional S-Pen will be there with running on Android 7.1.1, Nougat out of the box. Alongside, an “Emperor Edition” is also in light to specially targeted for South Korea and China with whopping 8GB RAM and 256GB built-in storage.