As we already know, Upcoming Nokia’s flagship is scheduled to be announced on August 16 at an event in London. It has already become a part of several leaks and renders.

Now, the device has got listed on benchmarking site GFXbench by confirming the rumored specs. According to GFXbench, The device will feature a 5.3 inches QHD display, octa-core Snapdragon 835 processor clocked at 2.4GHz, 4GB RAM + 64 onboard storage. Regarding the optics, It has given 12MP rear and 12MP front facing camera where both the cameras are capable of recording 4K UHD videos respectively. The 12MP rear camera is new while other specs are already known. 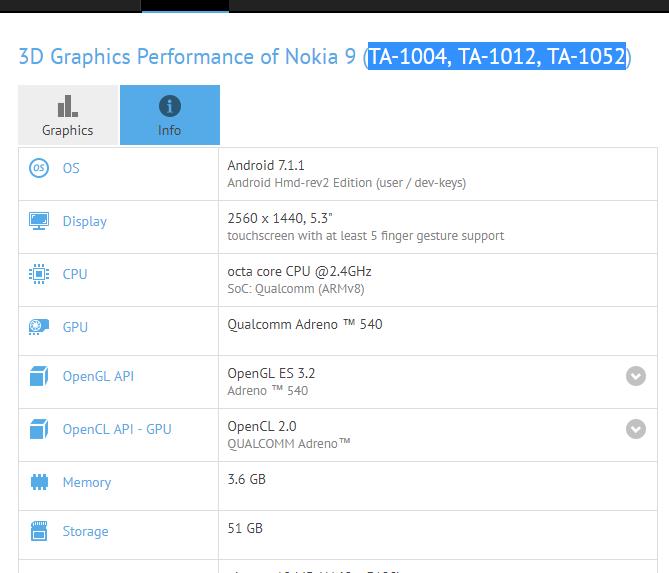 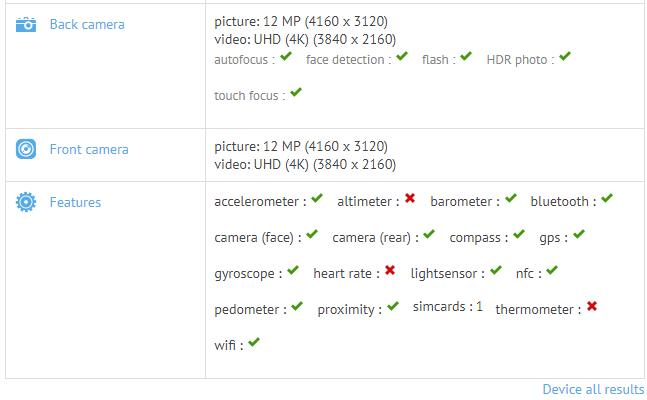 All the needed sensor are given included Accelerometer, Compass, Barometer, Gyroscope, Pedometer, Proximity, etc. Though The device is listed on GFXbench as Nokia 9 bearing the model number TA-1004, TA-1012, TA-1052 of three separate variants respectively, all prior visions indicate its name as Nokia 8, so it should be subsequently launched as Nokia 8. The Bluetooth certificate already confirmed that model numbers TA-1004 and TA-1012 would be called Nokia 8, while we are not sure about suspicious TA-1052. 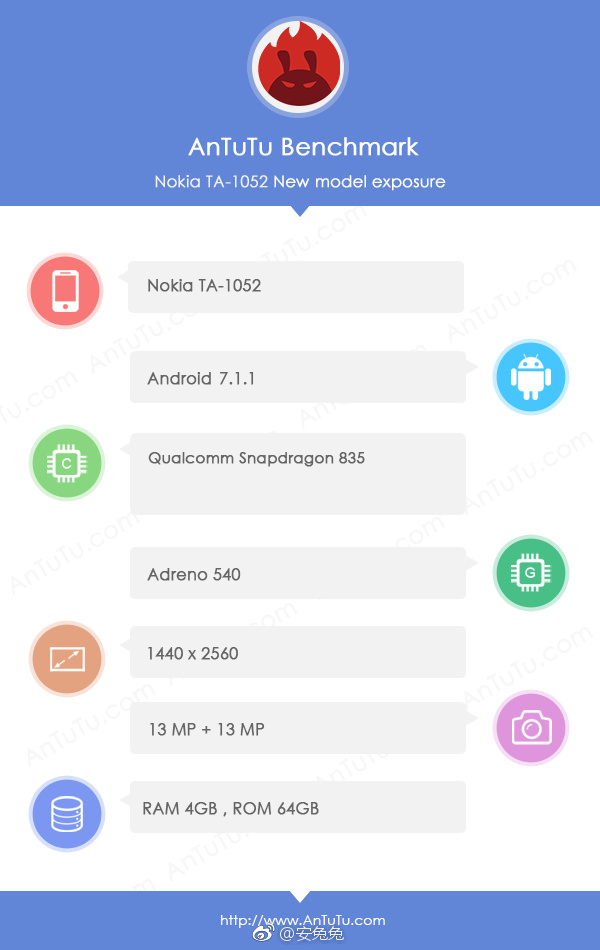 Update: At the same time it also appears on another benchmarking site Antutu with the model number TA-1052 showing the same specification, but surprisingly on both sites shows it dubbed as Nokia 9 whereas all the recent rumors suggest launching Nokia 8 handset on 16 August. As we mentioned above, Model numbers TA-1004 and TA-1012 unquestionably belong to Nokia 8 whereas we are highly doubted on  The TA-1052 which could be reserved for Nokia 9.