Apple announced the next generation iPhones few days ago. Now are getting some benchmarking test. A recent photo leak showed antutu score of iPhone 7. The iPhone 7 got record breaking 178,397 points which we never saw on any smartphone.

For specifications, iPhone 7 is powered by Apple’s new A10 fusion chipset and comes with three storage variants 32/128/256 GB inbuilt space. It has got 2 GB of RAM with 1960 mAh battery. Apple interoduced a new colour, Jet Black which will available only for 128/256 GB variants. 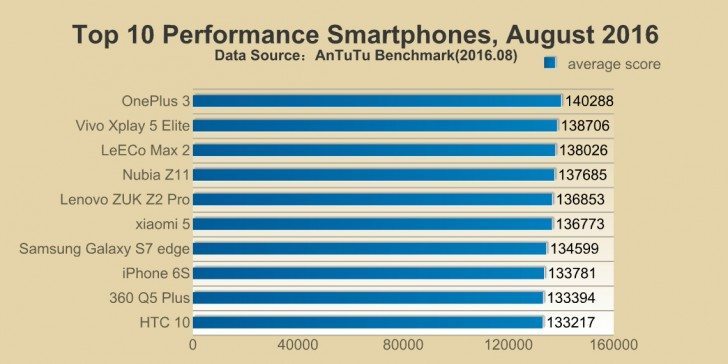 As for the other competition, as of August the best scoring device in the AnTuTu database is the OnePlus 3, with an average result of 140,288 points. No matter how impressive that may be when compared to other Android devices, the iPhone 7 simply demolishes the OnePlus 3 in this benchmark.