If you remember, last month, Google said that the Nexus 6 and LTE Nexus 9 will get Android 7.0 in a few weeks. Inline with that, the Nexus 6 started receiving the update earlier this week. Now, HTC Nexus 9 (LTE) also started getting Android Nougat update. 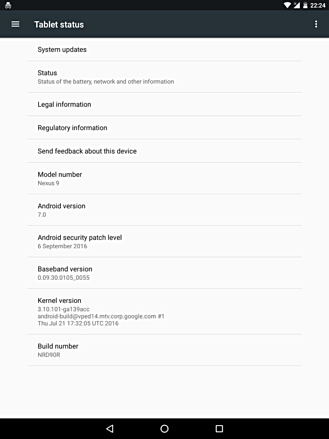 The update is rolling out over-the-air, but if you can’t wait Google has also uploaded fectory and OTA images. As mentioned, the Nexus 6 update earlier came with the October Android security patch, but the Nexus 9 LTE update bundles the old September patch.