Micromax launched a new smartphone called Canvas 2 2017 in India. The company, first introduced canvas 2 smartphone back in 2017 with great success. It is an upgraded version of Micromax Canvas 2.

The Micromax canvas 2 comes with a 5-inch HD display with 2.5D Corning Gorilla Glass 5 protection on top. It is powered by MediaTek MT6737 (1.3GHz Quad-core) Processor paired with Mali T720 MP1 GPU. The handset has 16GB internal storage coupled with 3GB of RAM underneath. It runs on Android 7.0 out of the box.

Moving to camera department, The Canvas 2 2017 packs a 13MP rear camera with LED Flash and 5MP front-facing shooter for selfies. Fingerprint sensor also embed on front and dual SIM slot provided with removable back but it does not allow to remove battery. Their is a 3050 mAh non replaceable battery to keep the lights on. Other connectivity options include 4G VoLTE, WiFi 802.11 b/g/n, Bluetooth v4.0 and GPS. 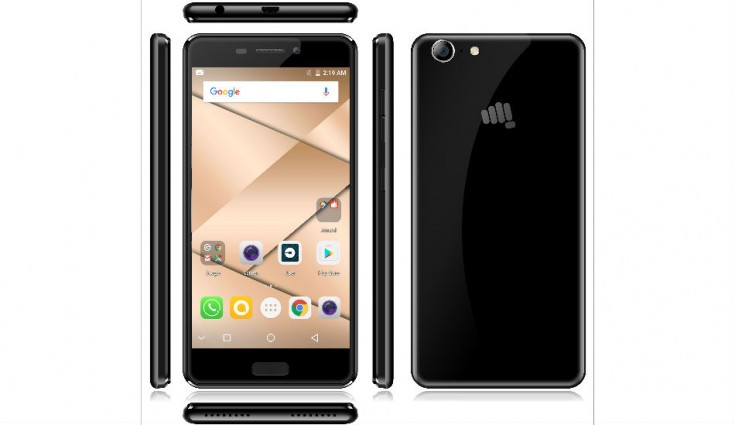 The Micromax Canvas 2 2017 is priced at 11,999 INR and comes in only black color option. It is available for purchase via offline retailers embed free 1GB 4G data per day and unlimited calling to any network in India for one year execlusively for Airtel users and 1 Year of screen replacement also provided along with handset.