As we know Samsung is working on a new device called Galaxy A3 (2017). It has already been spotted on the GFXBench online database and imported into India for testing. Now the smartphone gets bluetooth certificate, which leads us to believe that the South Koran company is in the final stages of acquiring the documentation it needs to launch a new smartphone. The final approval the device has to receive is from the FCC, then it will be able to hit the shelves. 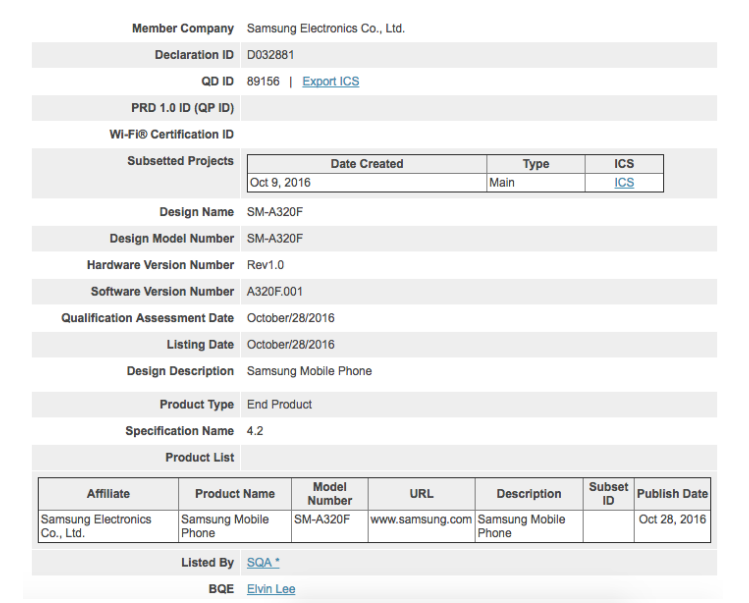 The Bluetooth certification paperwork doesn’t reveal anything new about the Galaxy A3 (2017). However as per old rumours, the smartphone packing a 4.7-inch display, a 1.5GHz octa-core Qualcomm CPU, 2GB of RAM, 8GB of expandable flash memory, a 13MP rear-facing camera, an 8MP selfie shooter and a variety of internal sensors, including a pedometer and barometer. It’s also expected to ship running Android 6.0.1 Marshmallow, but will likely be on the list to receive the Android 7.0 Nougat update.