A couple of months ago there were some rumours that Samsung has started working on the 2017 lineup of the Galaxy A3, Galaxy A5 and Galaxy A7. Now, it hassurfaced on AnTuTu where some of the handset’s specs have been revealed. 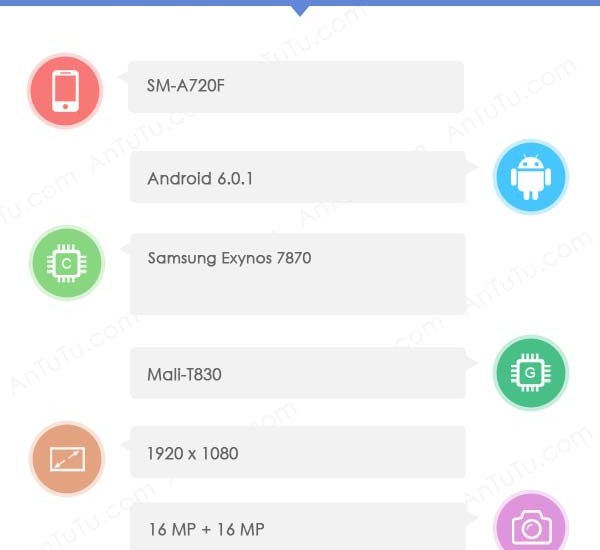 As per leak, the Galaxy A7 (2017) is going to be powered by Samsung’s Exynos 7870 processor with Mali T830 graphics processor coupled with 3GB RAM and 64GB of internal storage. Previous reports have suggested that it’s going to have a bonkers 16-megapixel camera on the front, it’s actually going to have the same camera on both sides of the device. A 5.5 inch full HD Super AMOLED display is rumored for the Galaxy A7 (2017) .

But it is still unclear that when will Samsung launch that smartphone. but it’s quite likely that the Galaxy A7 (2017) will be out early next year.