Samsung Galaxy Note 9 finally unpacked by the company as expected. The device doesn’t have a fully fresh look, but still brings some improvements over its predecessor. The device has a typical look as one can expect from the Note lineup and don’t any notch over its display.

Further moving to the specs, the device features a 6.4-inch 1440 x 2960 pixels Super AMOLED display with HDR10 compliant and typical Always On Display at 516 PPI pixel density. The device brings tow variants s far as the chipset is concerned. The EMEA countries will get Exynos 9810 powered Galaxy Note 9, while, the rest of the world will get a Snapdragon 845 powered device including USA, China etc. Both the chipsets are powerhouses and fully capable of handling any kind of task, so there shouldn’t be any issue regarding the performance.

The battery department gets a significant boost over its predecessor. The new Galaxy Note 9 packs 4,000 mAh non-removable battery to keep the lights, but supports the old and slow Quick Charge 2.0. Regarding the optics, The handset is equipped with dual 12MP dual-aperture f/1.5-2.4 wide and 12MP f/2.4 telephoto cameras and both of them have Optical Image Stabilization (OIS) for better videography experience. On the front, there is an 8MP, f/1.7, selfie shooter, similar to the Galaxy Note 8. 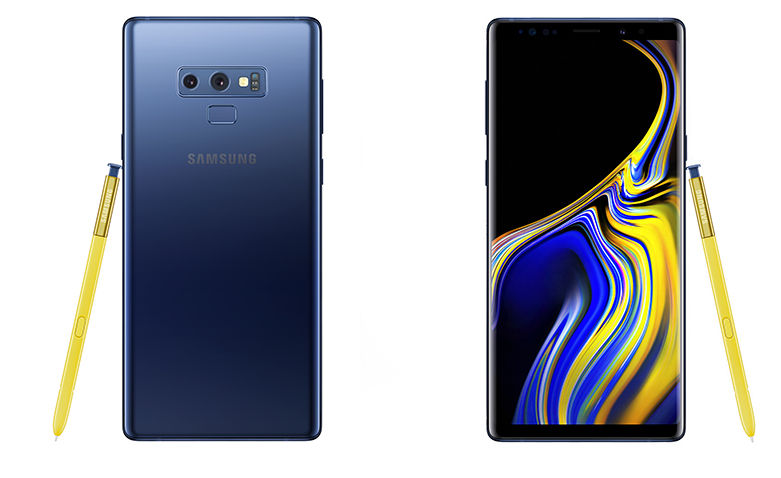 The Galaxy Note 9 includes a traditional S-Pen, but this time it has built-in Bluetooth. The S Pen has a range of 10 meters and a battery power of about 30 minutes. It recharges in only 40 seconds in its holster inside the phone. The company has also updated Dex Mode. Regarding the storage, the device offers two storage variants: standard 6GB RAM + 128 Storage and higher with massive 512GB internal storage and 8GB of RAM. As far as pricing is concerned, the standard variant costs $999, which goes up to $1,250 for the higher variant and comes in Ocean Blue, Midnight Black, Lavender Purple, and the new Metallic Copper color options. As of now, no new news about its availability.