Earlier today, we had spotted a rendered image of upcoming Sony flagship speculated to be called XZ3 (still not sure about the name). Now, we have further information about its specifications. A chart surfaced on Chinese news portal sumahoinfo discloses all the specs of the forthcoming device. Most of the specs are similar to the suggested by recent rumors. 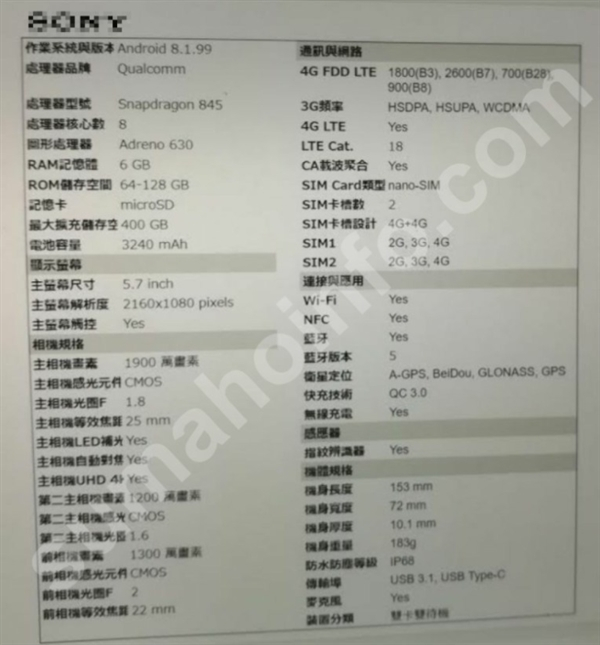 According to the leaked chart, the device will have 5.7-inch 1080 x 2160 pixels Full HD+ display on the top. It will have Qualcomm’s latest Snapdragon 845 processor paired with Adreno 630 GPU. Regarding the optics, it is packing dual 19MP + 12MP rear cameras as well as an upgraded 13MP front shooter for selfies. Moreover, the handset will offer two storage options; 64GB and 128GB respectively, coupled with 6GB RAM.

In terms of battery, it is said to pack a 3,240 mAh non-removable battery with having Quick Charge 3.0 support. The device measurements are 153 x 72 x 10.1 mm, while, the weight is 183 grams. The 10.1 mm thickness seems annoying, it is not acceptable in 2018. Apart from that, The Xperia XZ3 smartphone is expected to launch in IFA 2018, so we aren’t much far away to see the official launch. 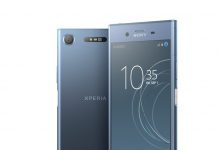