We had reported yesterday about Samsung’s forthcoming device called W2018; now, it seems an official looking poster surfaced on Weibo to confirm its launch date. According to leaked poster, the device should officially make its appearance on given date 3 August.

If reports are believed, The device has already entered the Chinese showrooms, just waiting for the official revealing to sell these units.  As we mentioned in a recent post, this could be China exclusive and all the current indications confirm it. 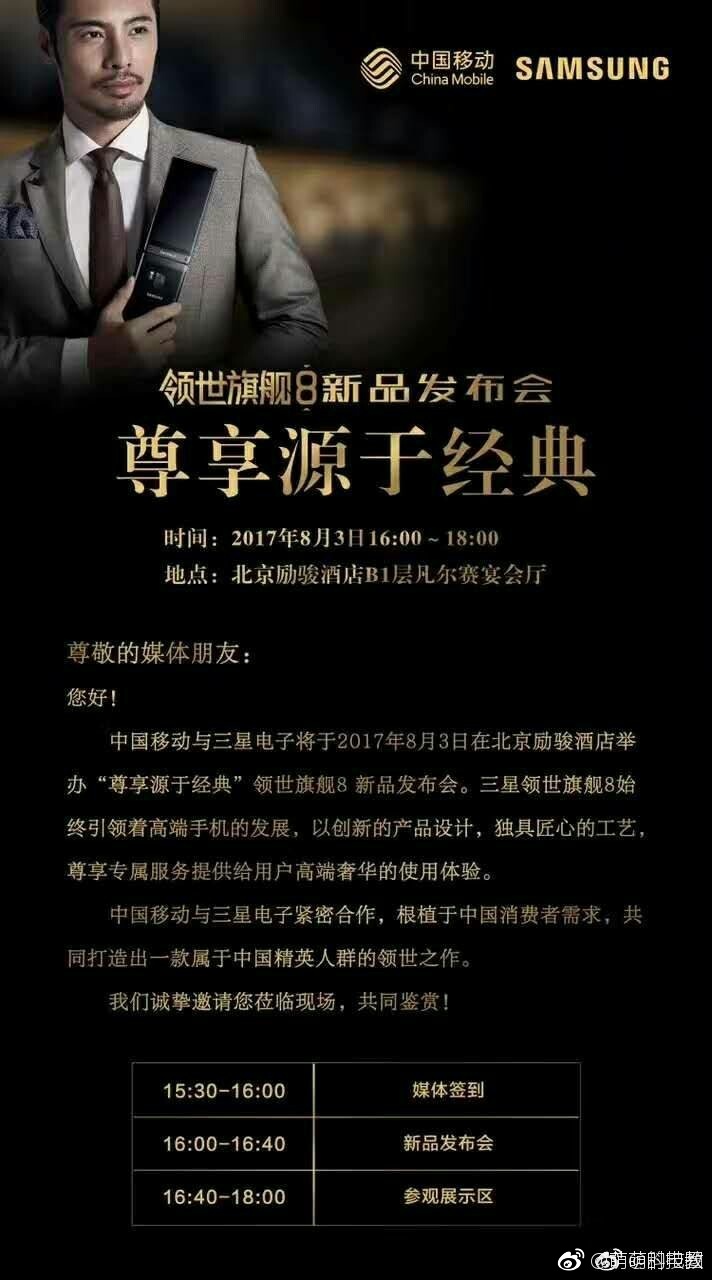 On the other hand, some rumors claim it to have Snapdragon 835 processor while other specs are predicted as above. To confirm the specs, we have to wait the official announced which is not far away.