A few days ago we have got to know about Xiaomi’s upcoming smartphone allegedly called Mi 5X, today the company has teased it official to known as Mi 5X. First time, the company is trying to focus on offline market to compete with other offline players like Oppo, Vivo or Geonee. 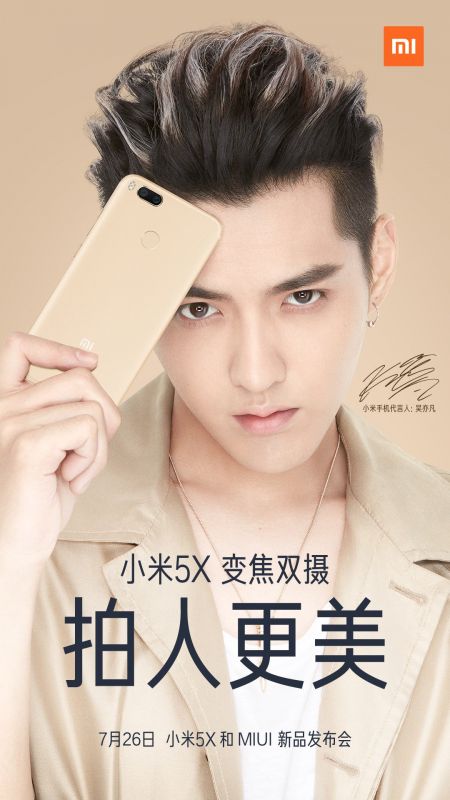 The handset is said to come with Snapdragon 625 processor and a 5.5 inch Full HD IPS display on the front. The new teaser also confirmed its dual rear camera. As for storage, the device would be back 64GB internal storage coupled with 4GB RAM. The handset will be the first smartphone to own MIUI 9 out of the box, probably based on Android 7.1.1, Nougat. The device is confirmed to launch on 26 July in China. As far as pricing is concerned, a previously leaked poster revealed its price as 1,999 Chinese Yuan.