GlobeMobiles.Com
Home News Xiaomi Redmi Pro 2 is expected to launch by end of this...

Xiaomi Redmi Pro was announced in July last year with dual rear cameras. Now the company is looking to launch Pro 2 by the end of this month. The Redmi Pro was Xiaomi’s first smartphone to pack a dual lens camera setup and the Redmi Pro 2 is said to feature the same camera configuration.

According to previous Rumors, It could come with 1080p AMOLED 2.5D curved glass display and unibody metal design similar to the predecessor. The handset is said to pack MediaTek Helio P25 SoC instead of Deca-Core MediaTek Helio X20. 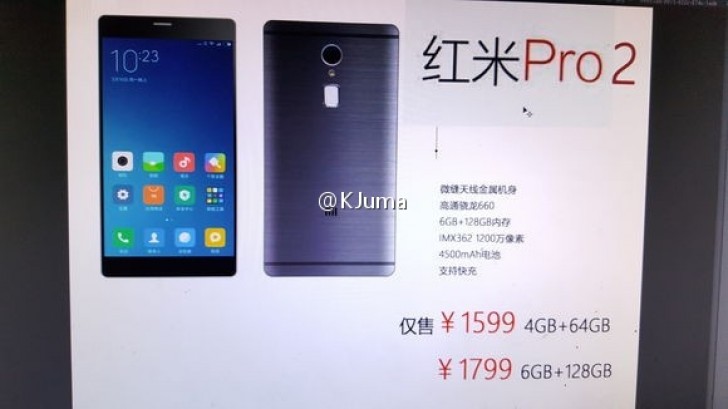