ZTE Nubia NX907J has been surfaced on benchmarking site GFXbench disclosing some specs. Lately, it has got certified by TEENA with similar kind of specs. The given display is a 9.2-inch, as per GFXBench whereas TEENA listing revealed a 5.5-inch display with same 720 x 1280p resolution. Keep in mind that benchmarking listings don’t accurate always, but a way of presumption. 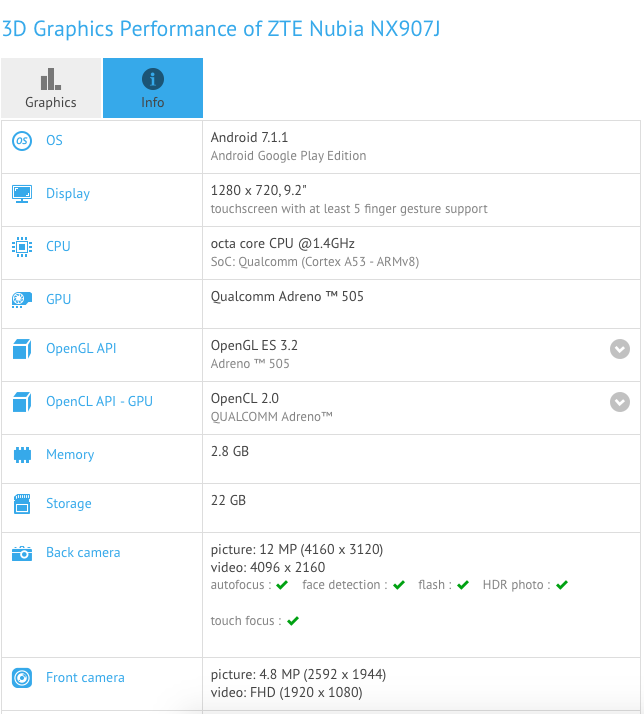 Qualcomm’s Snapdragon 430 powers the device clocked at 1.4GHz octa-core CPU, paired with Adreno 505 GPU. The inbuilt storage is 32GB coupled with 3GB of RAM,  Where TEENA listing had unveiled 2GB RAM + 16GB storage. So, we can expect two separate variants with different RAM and storage options. The camera would be a 13MP rear sensor along with a 5MP selfie snapper. The handset will have operated with Android 7.1.1. All in all, the current specs sheet is marginally different what we have seen on recently revealed by TEENA.

For latest tech news and leaks, stay tuned with us!