Huawei’s upcoming flagship series is rumored to arrive in October month. But before that, we have a long tail of rumors and leaks. Recently, XDA developer has obtained some render images of purportedly called Huawei Mate 20. To take it further, we have found a spy image spotted on Chinese social media Weibo, portraying the rear portion of the anticipated device. 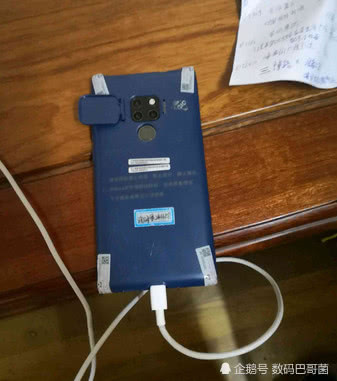 The device is covered with a case and unleashes the rear panel. According to the captured image, the device will have a triple rear camera, similar to its predecessor. Further, it displays a fingerprint sensor embedded in the back. However, the authenticity of the provided image can’t be confirmed, still, possibilities can’t be ignored. Besides, as per the recent exposures, the device is expected to bring 6.3-inch 2244×1080 pixels AMOLED Waterdrop notch display on the front.

The company has already confirmed HiSilocon Kirin 980 chipset for Mate 20 series, that isn’t a surprise for the Huawei Flagship series. Moreover, it will have triple rear cameras, 4,200 mAh battery, EMUI 9.0 based Android Pie out of the box, a USB Type-C port for charging and 3.5 mm jack still present, when most of the flagship devices are skipping this. Yet, we have a couple of months remaining of its entry if market rumors are believed, therefore, we will hear more news about Mate 20 before its arrival.