Yesterday Sony let the lucky people who it picked to enter its latest beta program know that the first Android 7.0 Nougat build for the Xperia X Performance would be rolling out in a matter of hours. Today some X Performance devices have already received the first beta release of Nougat.

The beta program is only open for the single-SIM variation of the Xperia X Performance, which has the model number F8131. The first Nougat firmware is build 39.2.A.0.248, and it contains the October 1 security patches. 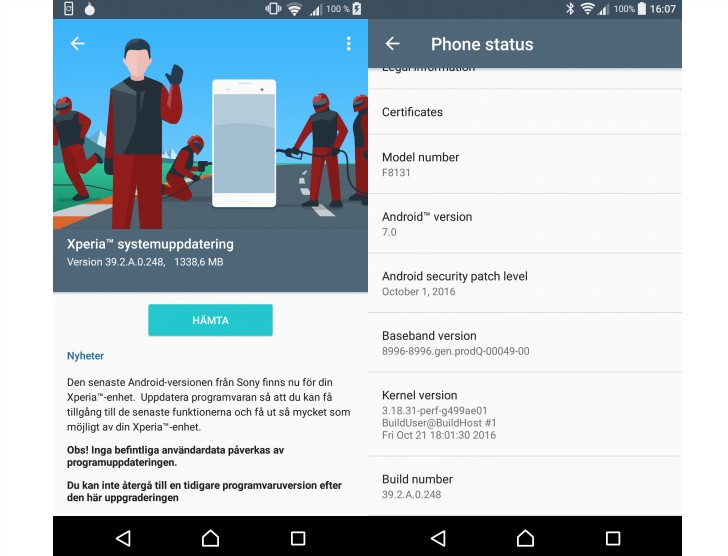