The Coolpad cool play 6 features 5.5-inch full HD display with 2.5D glass while Lenovo K8 Note has same display size and resolution but it is protected by Corning Gorilla Glass. Both the devices come with metal unibody design out of the box but K8 Note is built with 5000-series aluminum, which is obviously better than the standard one. 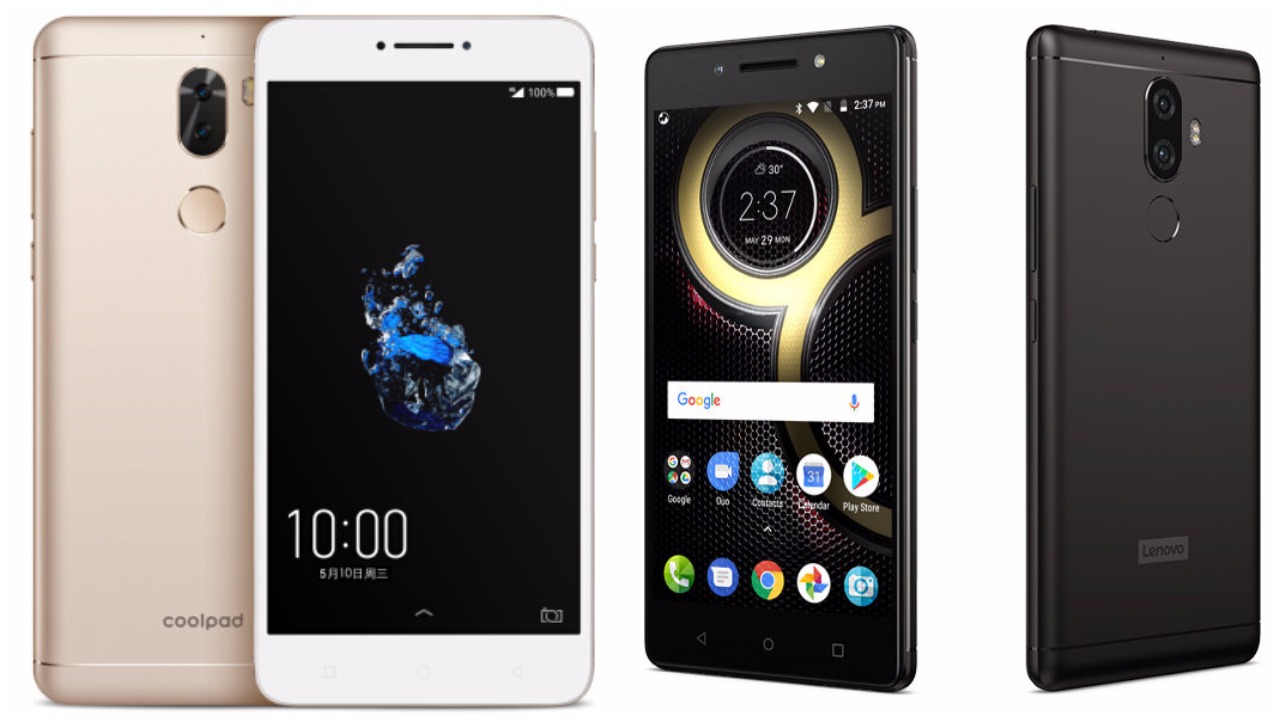 The K8 note is powered by Helio X23 which is a deca-core processor with great CPU performance. On the other hand, Cool Play 6 packs Snapdragon 653 (octa-core) chipset, either a good choice. The Adreno 510 GPU has great capabilities to handle strong graphics given on Coolpad whereas, K8 comes with integrated Mali-T880MP4 GPU with average performance. If you are gaming lover than Snapdragon would be a better pick otherwise, K8 Note either a well-balanced smartphone.

Furthermore, The Cool Play 6 runs on Android 7.0 based Cool UI but K8 Note has pure stock UI based on Android 7.1.1, Nougat. Regarding storage, Coolpad Play 6 is offering 6GB RAM and 128GB internal storage and Note 8 comes with two different variants: 3GB RAM + 32GB storage or 4GB RAM + 64GB storage. Definitely, RAM and storage is plus point for Cool Play 6 but 4GB RAM should be more than enough considering stock Android.

As for optics, The Cool play 6 flaunts dual 13MP + 13MP rear camera, however, the K8 note has either dual camera option but has 13MP + 5MP. On both the devices secondary camera is implemented to capture depth information for keeping better focus on the subject.  On the front side, the 13MP camera is present on Lenovo device and an 8MP sensor is added to the Coolpad device but LED flash is located on the K8 note with selfie shooter. In the camera department, Coolpad Cool play seems a better option for rear camera Meanwhile, K8 Note has a better front-facing camera.

All the necessary connectivity features are given on both the devices included Bluetooth, GPS, WiFi, and VoLTE.  Unfortunately, NFC sensor is not there on these devices, that is much needed for digital payments. Under the hood, The K8 Note boasts a 4000 mAh battery whereas Cool Play 6 has slightly higher 4060 mAh battery.

If I have to make final words, both the devices are equally good as they have packed very good hardware and software combination. If Coolpad Cool play 6 launches under Rs. 15,000 then it would be a killer phone and undoubtedly one of the big competitor of Lenovo K8 Note and India’s most selling mid-ranger – the Redmi Note 4. What are your opinions? Let’s know in below comment section!