The Chinese manufacturer Huawei recently announced  Kirin 970 processor with built-in AI integration and confirmed that Mate 10 series would be the first to get its latest chipset. The company has already scheduled an event on October 16 where Huawei Mate 10 and Mate 10 pro will be announced, the successors of last year’s Mate 9 and Mate 9 Pro. 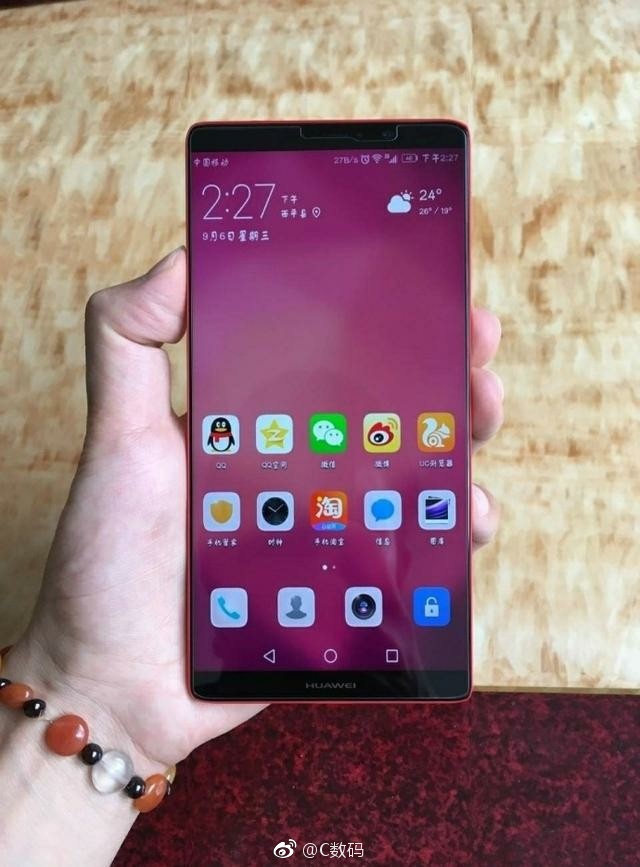 yesterday, we have met with CAD images of Mate 10 shared @oneleaks and today, we finds an image exposing the front panel of Mate 10 pro, shared by a user on Chinese microblogging site Weibo. However, we can’t confirm the authenticity of the provided image, still, possibilities can’t be ignored. Unlike the Mate 9 Pro, the screen is flat and the curve isn’t present on the either side of the device while thick bezels can be found at top and bottom. The design has totally changed when it compares to Mate 9 Pro.

According to market rumors, the device is presumed to have 6.1-inch QHD display, 6GB RAM, 64GB storage and Android Oreo out of the box with 4,000 mAh battery. All in all, these are initial leaks, more leaks are expected as we get closer to the launch date.

Stay in touch with us for further updates!