Google has finally unleashed the Google Pixel 2 and Pixel 2 XL smartphones as it had promised. However, there is nothing new what we don’t know so, still offering some new features including AI. The Pixel 2 XL gets major updates over its predecessor whereas Pixel 2 appears similar to last year’s Pixel in terms of design.

The pixel 2 smartphone is equipped with 6.0-inch POLED 1,440 x 2,880p QHD+ display protected with Corning Gorilla Glass 5, equal to used on LG V30. It is powered by Snapdragon 835 processor paired with Adreno 540 GPU. As far as optics are concerned, The rear camera is 12MP sensor included OIS and EIS for the enhanced stabilization. The front facing camera looks to be unchanged with 8MP, F/2.4 snapper. 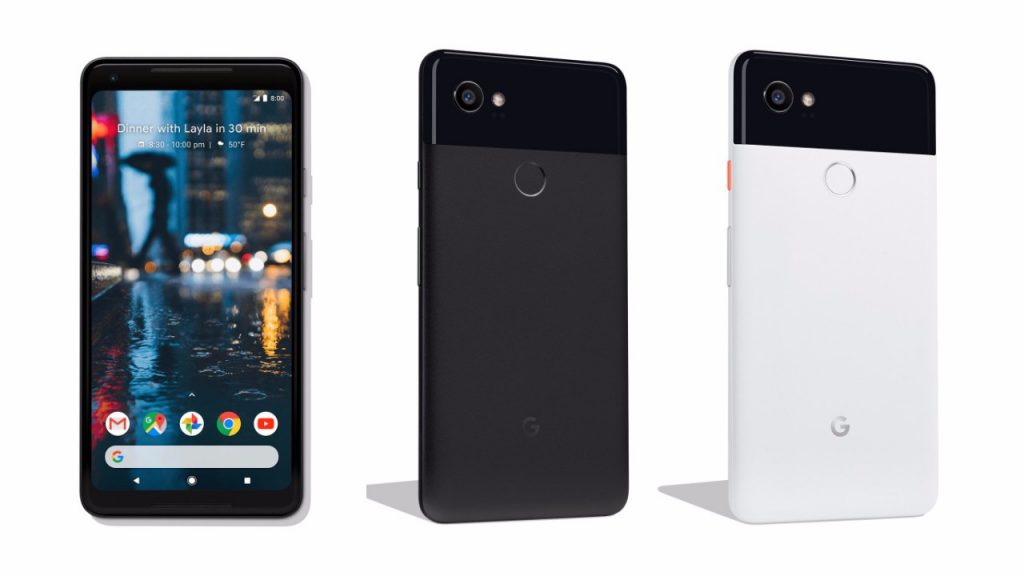 The device is made of full metal unibody design with 3D glass edges. The device comes in two storage variants, either 64GB or 128GB, coupled with 4GB of RAM, that remains unchanged. A 3,520 mAh battery backs the device with Super Fast Charging (as Google calls it).

The Pixel 2 features a 5.0-inch AMOLED display with traditional 16:9 aspect ratio, also covered with Corning Gorilla Glass 5. Snapdragon 835 backs the device with Adreno 540 GPU. The one thing Google was pointing out at launch event is that it detects pressure and you can perform various tasks including taking a selfie. It has also got similar as on the Pixel 2 XL.

Apart from that, Google is offering free cloud storage to store Videos and Photos at higher available resolution, even it can store 4K videos as well. Both the devices have IP67 rated body against water and dust. Google claims that its camera has got higher DxOMark rating, which is 98, even more than iPhone 8 Plus and Samsung Galaxy Note 8 (both are sharing 94 simultaneously). Besides, both are having front-facing stereo speakers and Android 8.0, Oreo out of the box.

The Pixel 2 is priced $649 for the 64GB version and $749 for the 128GB version and comes in Kinda Blue, Just Black, and Clearly White color options. On the other hand, Pixel 2 XL perceive 849$ for 64GB storage option and goes up to $949 for the higher end (128GB) variant. Both are available for Pre-orders starting from today in the UK, Germany, the US, India, Australia, and Canada. For a limited time, you’re getting a free Home Mini. Besides, later this year Google will also push to Italy, Singapore, and Spain.