It is priced at 3,299 CNY or translated into 480 USD$. Regarding the availability, the device will start selling from August 14 via JD.COM, Tmall and company’s official China store. Currently, it is only available for the Chinese market, but we can expect it to arrive in other markets soon. 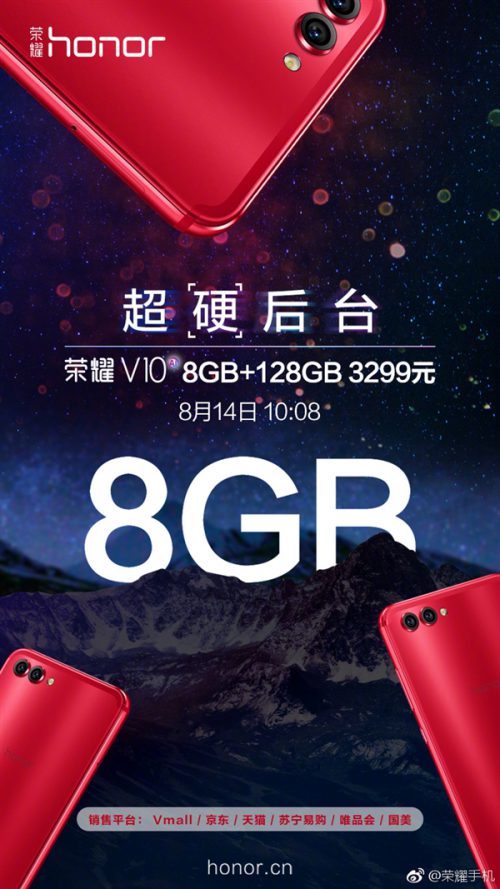 Furthermore, the smartphone is backed by 3,570 mAh non-removable battery to keep the lights on. Other connectivity options included Bluetooth 4.2, NFC, GPS with GLONASS, WiFi and USB Type-C port. The fingerprint sensor is embedded in the front to unlock the device safely. Overall, it is driven by true flagship grade specs and selling like a hot cake in several markets across the world, especially in India.