Earlier this year, Huawei subbrand Honor had announced Honor 7c smartphone with mediocre specs at an affordable price point. Now the company has officially announced the arrival of its predecessor Honor 8C. A press invite, published by the company on Chinese social site Weibo, reveals its official entry on October 11. Lately, a device with model number BKK-TL00 was spotted on TEENA by disclosing the key features, that could eventually turn into Honor 8C. 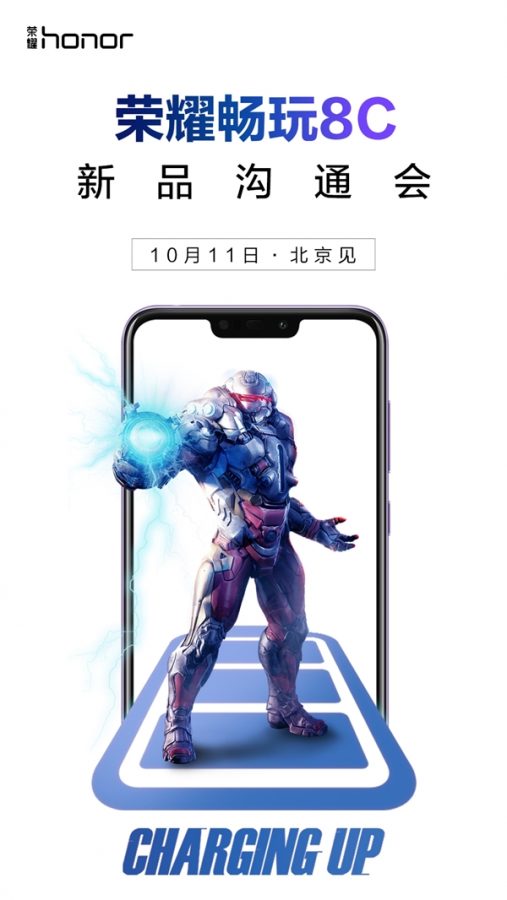 According to TEENA listing, the BKK-TL00 will have 6.26-inch 720 x 1520 pixels HD+ TFT display. The device will be powered by the octa-core processor clocked at 1.8 GHz. It will have 4GB of RAM paired with 64GB internal storage. As for optics, it will be arriving with a Dual 13MP + 2MP main camera and 8MP front camera. A 3900mAh battery backs the device and runs on Android 8.1 Oreo out of the box.

To recall, the Honor 7C was announced with a 5.99-inch display, Snapdragon 450 processor, dual 13MP + 2MP rear camera, 8MP front camera, 3,000 mAh battery, either 3/4 GB RAM with 32GB storage or 4GB RAM with 32/64GB of storage and runs on Android 8.0 Oreo. For further confirmation about the Honor 8C, we have to wait for the October 11, when the device will be officially disclosed.