Huawei’s Krin 980 has been the subject of a large number of leaks and rumors. Finally, the company officially confirmed an event scheduled for August 31 at IFA 2018 in Berlin, Germany. However, the poster didn’t disclose the product name, but most probably the company will announce its next-generation Kirin 980 chipset. Last year, Huawei had announced Kirin 970 processor in IFA event, and its successor to follow the same path. 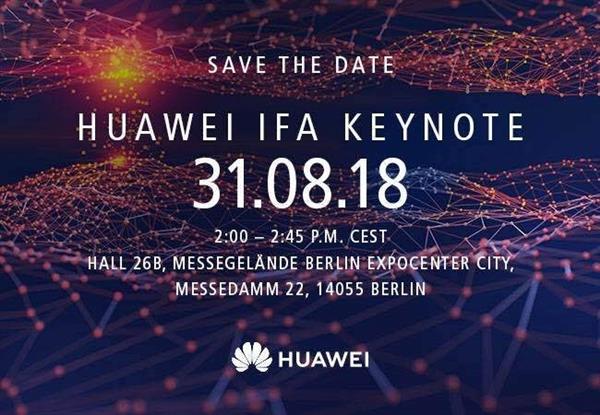 The Kirin 980 chipset is expected to be built on TMSC’s 7nm architecture with octa-core CPU. It employs the latest Cortex 4 x A77 & 4 x A55 cores having the maximum freq. of up to 2.8 GHz. It has also a dedicated NPU to handle the graphics-intensive tasks similar to its predecessor. The Kirin 980 likely to have some advanced AI capabilities as future belongs to Artificial Intelligence. Apart from that, those devices who would be the first to get Kirin 980 chip, should Huawei Mate 20 series, because, “Mate” series is Huawei’s flagship line-up and the company will put its all efforts to bring an innovative device among the consumers.

What do you think about the upcoming Kirin 980 chipset? let’s know in below comment section!