The Moto C features a 5-inch FWVGA screen on front. It is powered by MediaTek MT6580 cloaked at 1.1 GHz qua-core 64-bit processor paired with Mali-400 GPU under the hood.  For storage, it has two variants: one with 8GB storage while another one with 16GB inbuilt storage coupled of 1GB RAM on both of them. Storage can be further expended up to 32GB with the help of MicroSD card.

It runs on latest Android 7.0, Nougat out of the box. The handset is backed by 2350 mAh battery which can be removed. For optics, it has 5MP rear camera with LED Flash whereas front-camera is 2MP for selfies. Their is two variants available, one with 4G LTE support other with only 3G compatibility means you can’t experience 4G on that device. 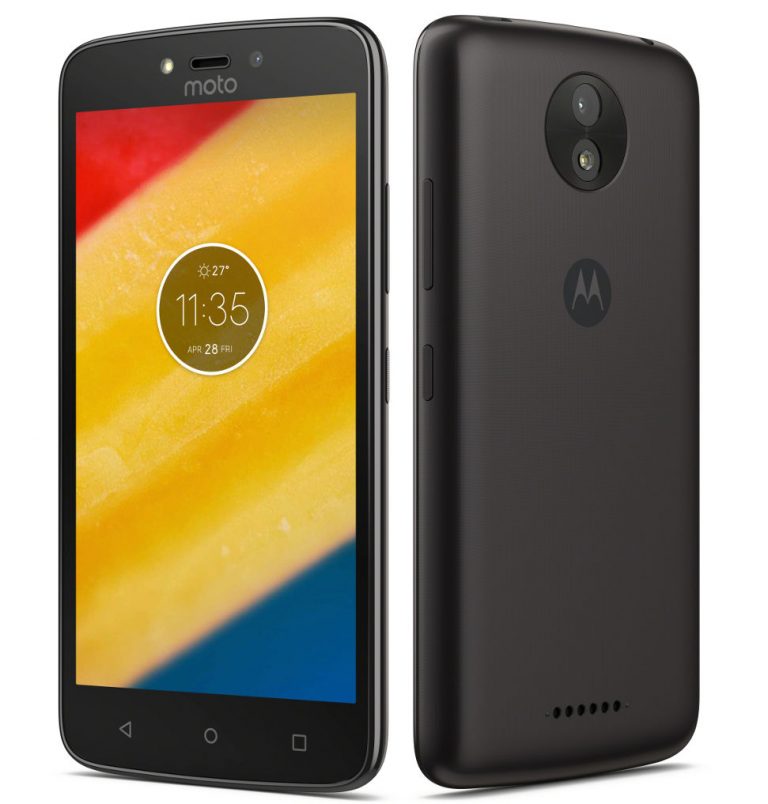 The Moto C Plus sports a 5-inch HD display. It is powered by MediaTek MT6737 with Mali-T720 GPU. It comes in two variants: 1/2GB RAM and 16GB internal storage on both which is expandable up to 32GB via MicroSD slot.

It runs on latest Android Nougat out of the box.  As far as camera is concerned, it comes with 8MP auto-focus rear camera with LED Flash, ƒ/2.2 aperture and 2MP front-facing camera with LED flash, ƒ/2.8 aperture to capture selfies. The smartphone pack large 4000 mAh battery to keep the lights on. Othe connectivity options include 4G VoLTE, WiFi 802.11 b/g/n, Bluetooth 4.2, GPS and micro USB port.

Both the smartphones come in Metallic Cherry, Pearl White, Fine Gold and Starry Black colors and will be available across various countries of Latin America, Europe and Asia Pacific in spring.