Allegedly produced by Motorola and Lenovo, seemingly reveal that the Motorola Moto M and the Lenovo P2 will both be unveiled on November 8th during an event in Guanzhou, China. We have already seen some leaks about these two device.

As per rumours, The Moto M will have to sport a 5.5 inches display with gorilla glass 4 protection. It might come with MediaTek MT6755 chipset under the hood with Mali-T860MP2 GPU. For storage, there will be two storage options 32/64GB with 4GB of RAM inside.

The Moto M will feature a 16MP rear-facing camera, and an 8MP front-facing shooter to snap selfies and handle video chats. It will pack a 3000 mAh battery to keep the lights on. A fingerprint scanner is found under the rear camera. Android 6.0 is pre-installed, and the Moto M will be offered in Gold and Silver.

Moving to Lenovo P2, The smartphone was displayed last month at IFA 2016, also carrying a 5.5-inch screen and a 1080 x 1920 resolution. The Snapdragon 625 chipset is under the hood with an octa-core CPU and the Adreno 506 GPU. In Europe, the phone will sport 3GB of RAM and 32GB of native storage. The Chinese variant comes with 4GB of RAM with 64GB of native storage. The camera combo from back to front is 13MP and 5MP. It will come with 5100 mAh battery. There is a fingerprint scanner embedded inside the home button.

Launch details are not official as of now. We have to wait for November 8th for more information about these two devices. 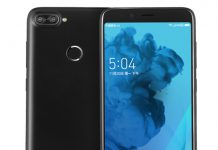