HMD Global has launched Nokia 8 smartphone in India, as it had promised. The device was announced last month and is already available for purchase in some specific parts of the world. Further, the Indians units have same specs as the rest of world getting.

To recall, the device has 5.3-inch QHD IPS LCD display covered with Corning Gorilla Glass 5. The body seems to be well crafted built with 6000 series Aluminium, with IP54 rating to protect against basic water splashes. 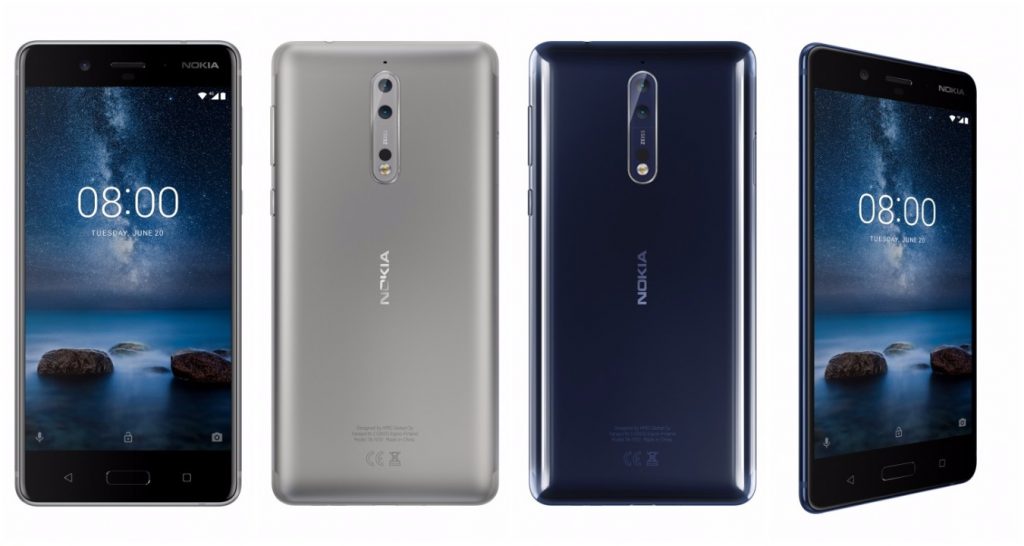 For optics, it has dual rear camera setup with both 13MP sensors (color + monochrome) combo with f/2.0 aperture, to provide enhanced contrast using “Image Fusion Technology.” On the front side, the device either has a 13MP shooter to capture selfies. Other notable camera features include Bothie, Livestream split-screen footage from the front and back cameras to YouTube and Facebook, something HMD calls Dual-Sight. Moreover, both front and rear shooters are capable of recording up to 4K videos.

The device is powered by the latest Snapdragon 835 chipset paired with Adreno 540 GPU. It runs on Android 7.1.1 (Nougat), but, the handset can be upgraded to Android 8.0 Oreo; also company either promises to provide monthly security updates. Regarding storage, the handset employs 64GB internal storage coupled with 4GB RAM, including a MicroSD slot for further expansion.

The Nokia 8 is priced at Rs. 36,999 in India and comes in Polished Blue, Tempered Blue, and Steel color options, while,  the Polished Copper color will arrive later. It will start selling from October 14 via Amazon.in Online as well as offline stores across the country.