If you have been paying attention to Nokia’s rather low-key presence these past few years and its uncertain faith after the infamous April 2014 Microsoft deal, then, you already know the roller coaster of events that unfolded. There were so many rumours about nokia smartphone. Now, nokia smartphone spotted in geekbench test.

Yes, you heard it right. A new mysterious handset running Android 7.0 Nougat and going by the name of Nokia D1C appeared on Geekbench today. The benchmark was run five or so times revealing some rather modest results of around 628 points in single-core and 3229 in multi-threaded loads.

Looking at specs specs, the D1C appears to be a mid-range offer. Geekbench reports an octa-core Snapdragon 430 SoC, clocked at 1.4 GHz, the accompanying Adreno 505 GPU and 3GB of RAM. There is no more info. available related camera, display, battery and another parts of this device. 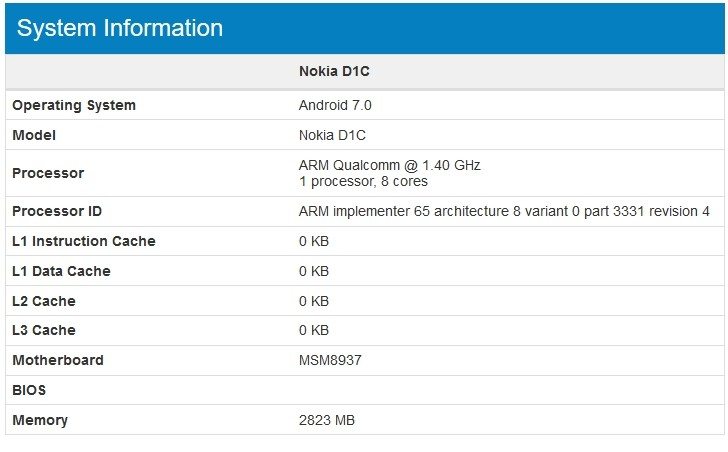 According to rumours, Nokia is working on a couple of premium devices with high-res QHD panels around the 5.2-inch and 5.5-inch marks and powerful 22.6MP cameras. Hopefully, nokia will provide well structured smartphone as our emotions are already attached with this company. 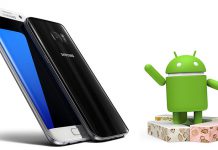 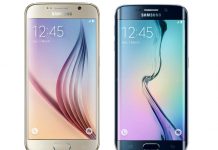 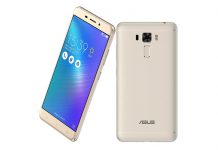