OnePlus is a best budget smartphone creator with flagship grade specifications and real world performance. OnePlus 3 was most successful budget smartphone of 2016, than an upgraded version was also introduced by company named as OnePlus 3T which sold massively in Indian subcontinent as well other parts of the world.

The OnePlus 3T smartphone gives much batter value of money then its rival HTC, Samsung, Apple or any other well reputed smartphones brand. Now next gen. Oneplus smartphones allegedly called OnePlus 5’s rumors and leaks started coming from last couple of months. In this article, we will talk about OnePlus 5 leak, rumors and expectation from this device. The company skipped number 4 because it is considered to be unlucky in China. OnePlus is the not only brand to do this while an another Chinese brand Vivo already done that with its “V” series.

The OnePlus 5 is flagship smartphone so it is expected to come with 5.5-inch QHD 1440 x 2560p display on front with Corning Gorilla Glass 5 protection. The handset already got listed on Gearbest with exposing all the key specification of this device. Listing did not revealed which display type is being used on this handset but our expectation is OnePlus will stick with AMOLED display as they have done with last year’s flagship.

Moving to design, there are not more changes if rumors are believed. The smartphone will come almost similar looking design seen on its predecessor. You might get disappointed if you were expecting bazel-less design like Samsung doing with S8 and S8 Plus but still design does not look bad at all. Some rumors claim that it will feature a metal body and look quite similar to the OnePlus 3T, while others say that the company will opt for a glass design this year.

as OnePlus is known for using latest SoC on their device, we are expecting Snadragon 835 chipset on upcoming OnePlus 5. Most of the other brands using latest Snapdragon 835 processor on their flagship devices.

According to a recent leak, OnePlus 5 surfaced with 6GB RAM and 128GB internal storage but it is expected that the company might also launch an another variant with 8GB on board RAM with higher storage. In terms of batter, it can come with 3300 mAh battery according to rumors but recent Gearbest unveiled 4000 mAh battery via twitter post from Evan Blass. Company’s Dash Charge technology will be there to charge the phone quickly.

Apart from that, all the other connectivity options 4G VoLTE, Wi-Fi 802.11ac (2.4/5GHz), VHT80 MU-MIMO, Bluetooth v 5.0 (LE up to 2Mbps), GPS and Type C port as other brands providing on their smartphones. The handset will run on Oxygen based Android 7.1.1 out of the box rumors claimed. Rumors also suggest OnePlus will not ditch 3.5 mm jack.

According to a previous leak, The OnePlus 5 is expected to pack 23 megapixel rear shooter to capture videos and images. But on other side an another leak revealed that it will come with dual rear camera setup on rear. On front side, the handset might sport 16 megapixel camera for selfies. 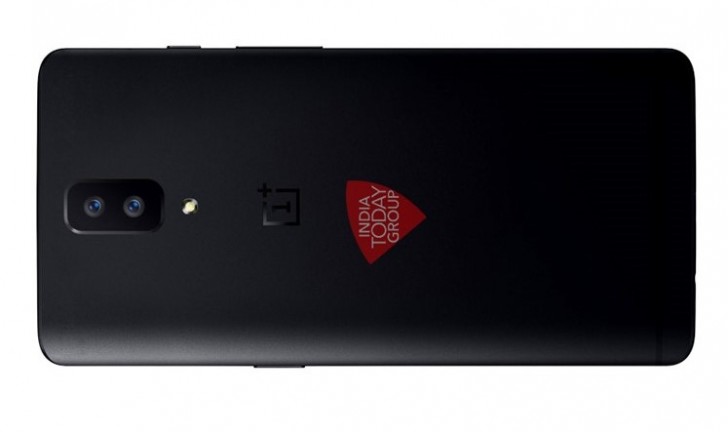 All the other camera features OIS, autofocus 4K video recording for rear camera, Auto HDR, panorama will be there. Camera of OnePlus 5 will be game changing because company is still unable to provide flagship level camera on its previous devices.

The release date of OnePlus 5 is still not confirmed yet. But rumors indicate that it will be announced in June this month. OnePlus do not have fix time to announce there devices as The OnePlus 1 was launched in April 2016, the OnePlus 2 in July 2015, and the OnePlus 3 in June, which was then followed by the 3T in November.

Though, there are no official words made on its launch but OnePlus has recently confirmed this to The Verge that the next flagship is going to be unveiled in this summer. It is expected to be official by the end of June or starting week of July. But the good thing is that you don’t have to wait much to take hand on it in US after being official announced whereas it can take some extra time to come in India or some other Asian countries.

OnePlus devices are so popular among consumers is because their low cost price so we can expect same happening with OnePlus 5. it is worth mentioning that the company has been increasing prices with each new model. The OnePlus 1 started at $299 while successor OnePlus 2 for $329, while the OnePlus 3 was available for $399. The OnePlus 3T was launched at starting price of 439$ which makes it most expensive OnePlus smartphone till date.

The OnePlus 5 already listed on Gearbest by pricing it $449 which makes sense as far  as pricing is concerned, although it’s hard to say how much exactly. It is expected to launch at around $500 which will make it affordable smartphone with latest chip inside and other high end specs under the hood. There are still a chances that it will carry the same price tag as the 3T which will sell it like hot cake.

Pricing and Release Date in India

The OnePlus 5 would cost around 35,000 India in India similar to OnePlus 3T 128GB variant which has been officially discontinued probably to replace OnePlus 5 at this price point. Release date of OnePlus 5 in India is not confirmed but it will come to India 1 or 2 months later than its global launch. So we can see OnePlus 5 in India around July or August if it goes official in May as rumors suggest.

Overall the device looks very promising looking at its price. I am hoping for best that OnePlus will no disappoint us and will definitely go with their fame to providing high end specs with budget segment. What are your expectation with OnePlus 5 ? let us know in below comment section.