Xiaomi has already started sending invites for September 12, Where Mi Mix 2 will be unveiled. Speculations have that the device will have a higher possible bezel-less display as we have seen on its predecessor.  Now, the company’s CEO Lei Jun has shared the box of Mi Mix 2. However, no details have been provided regarding the specs by leaving us in a suspenseful situation. So, we have to wait till official launch. The image caption tells us that the shot is taken from Mi 6’s dual camera. 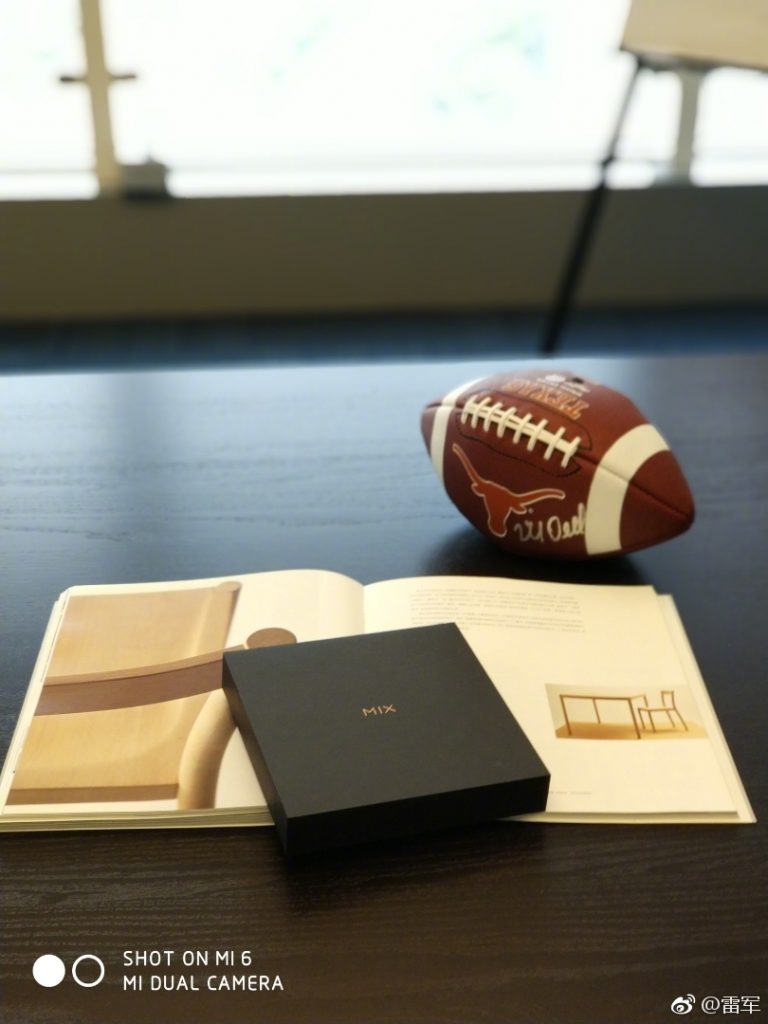 Going with a recent leak, the device is expected to feature 6.2-inch 1440 x 2960p display, Snapdragon 836 processor, 4,400 mAh battery, and 20MP camera. It is expected to bring 256GB variant alongside 128GB storage option, combined with 6GB or 8GB RAM. Most probably, the device will have Android 7.1.1 OS based on MIUI 9, but the company might surprise us with having it Android Oreo out of the box.