Xiaomi is all set to unveil Mi Mix 2, the successor of last year’s Mi Mix on September 11 and already sending out invites for the given date. The device was earlier rumored to pack Snapdragon 836, but Now, Qualcomm confirms that the device will be powered by Snapdragon 835 processor instead 836, the company stated on its official account on micro-blogging site Weibo. 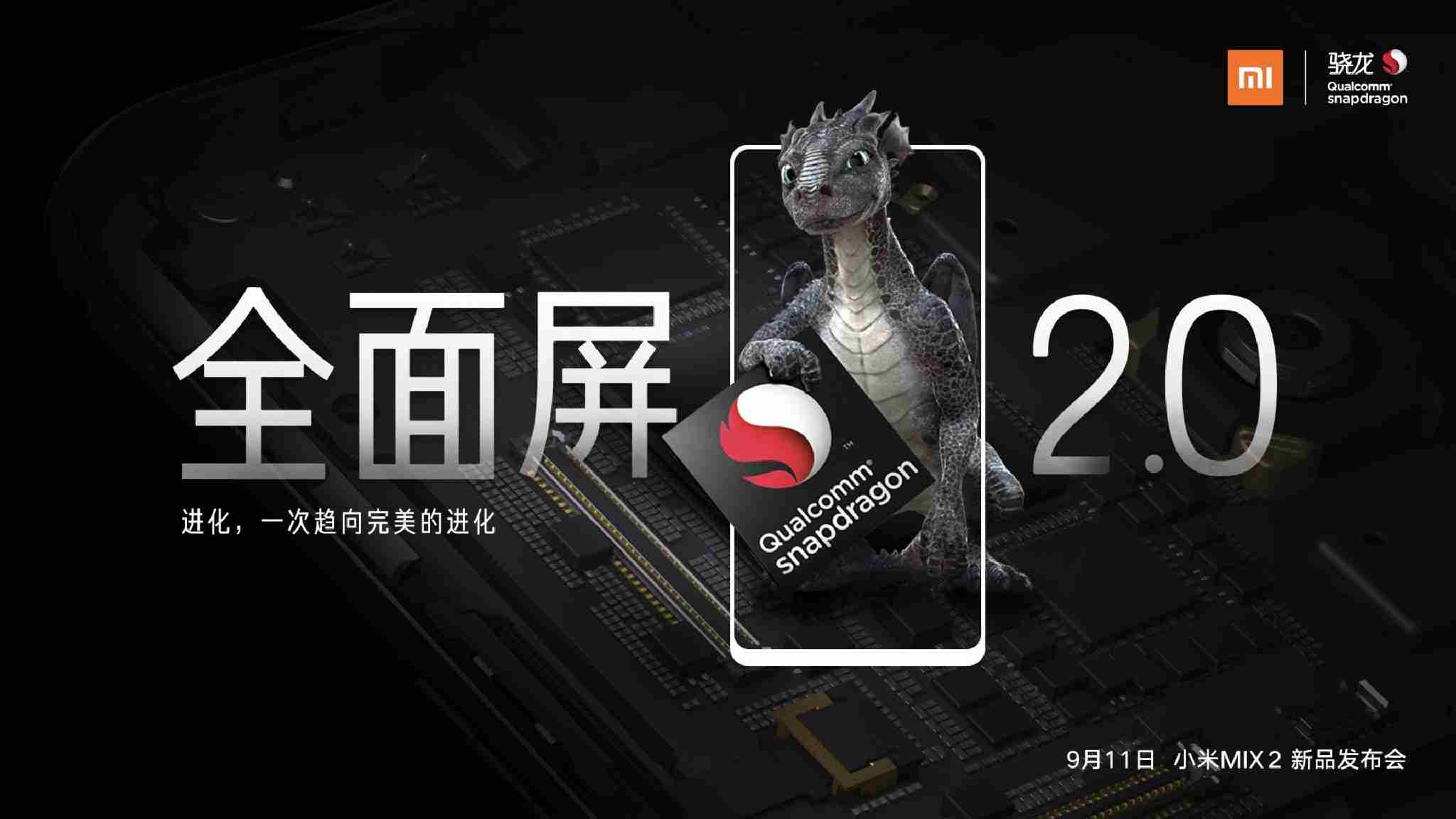 Speculations have it that the device will have 6.2-inch 1440 x 2960p 18:9 ratio AMOLED display. Regarding storage, it might be the company’s first device to get 256GB storage alongside the 128GB variant, combined with 6/8GB of RAM. The handset could be operated with Android 7.1.1, Nougat. However, some rumors claim to have Android, Oreo-based on MIUI 9 but chances ain’t that great. To confirm all the specs, we will have to wait for officially announced.