Xiaomi doesn’t require any special introduction as it has become most popular brand in the Asian market. The one thing that differentiates it from other brand is its aggressive approach towards the pricing. Most of the Xiaomi devices provide excellent value for money with decent software and hardware combination. Unsurprisingly,  now the company CEO Lei Jun celebrates 10 million shipped in September. Definitely, it is a great achievement and Indian festival season played an important role to accomplish that milestone.

Recently we got to know that the Chinese firm has shipped 1 million units in just two days at Flipkart’s big billion days sale (in India). India’s most popular smartphone also belong to Xiaomi, that is Redmi Note 4. Even, Xiaomi is selling more in India rather than company’s hometown China. The company is again going on the right track after last year’s fallback. The company had sold 70 million units in 2017 and dropped down to 58 Million unit shipped in 2016.

Surely, the company is enjoying its golden time and going in the right direction with decent price placement. Do you own any Xiaomi device? Let’s know in below comment section! 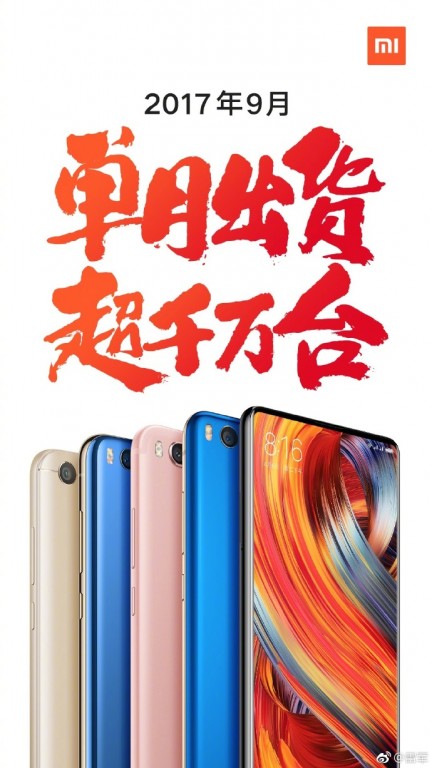