A new Sony device has been caught on benchmarking site GFXBench. We haven’t any about idea its name, though it is dubbed as “SONY H4233”. According to the GFXBench listing, the device will have 6.0-inch Full HD display with 1080 x 1920p resolution, means using the traditional 16:9 aspect ratio. It is powered by 2.2GHz octa-core CPU, likely to bring Snapdragon 630 as GPU is given Adreno 508. The device will be operated by latest Android Oreo 8.0.0 as per the listing. 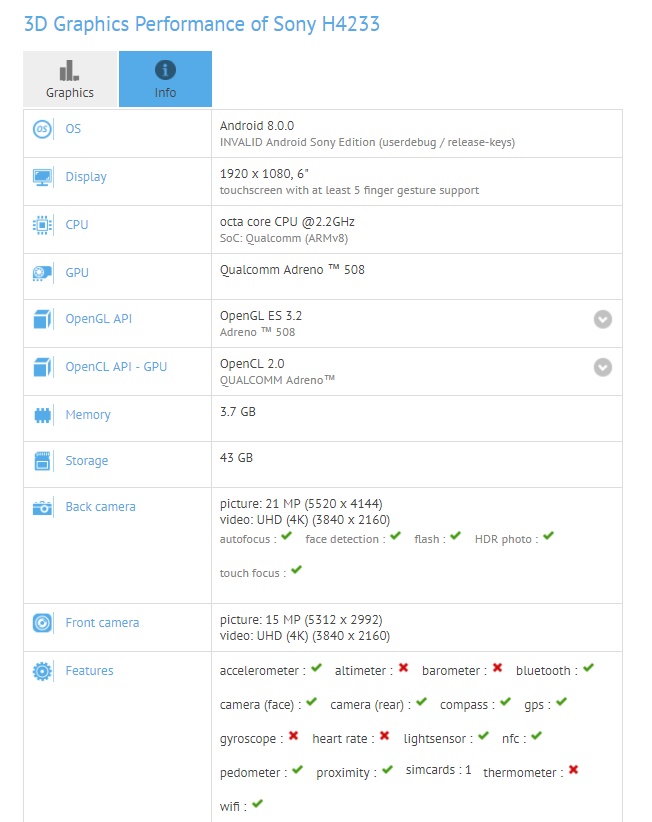 Regarding the storage, the listed model is 64GB storage variant coupled with 4GB RAM. As for optics, the rear shooter is a 21MP sensor whereas, on the front, it has 15MP selfie snapper. Both are capable of recording up to 4K video. Moreover, It doesn’t have Gyro sensor. However, most of the time benchmarking configurations remain inaccurate, so we have to wait for some more leaks to make a precise look.