Apple, the tech giant, finally introduced its much-anticipated smartphone of 2017 – The iPhone X. This was rumored since long time ago, and now it’s eventually official with a bunch of unique features and is true innovation from the industry leader.

This is a special edition on the special occasion of Apple’s ten-year journey. About a decade ago, most of the people used to with keypad centric phones in Nokia era. Moving further, the iPhone “X” is equipped with 5.8 AMOLED which they call Super Retina display. A full-screen design surrounds all the front portion, and Apple has removed typically touch ID that has been using since inception. The display is offering 1125 x 2436 pixels resolution at 458 PPI. It comes with Dolby Vision HDR 10, and still, 3D touch is present to perform certain tasks. 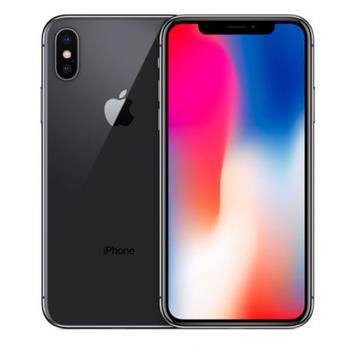 One of the cool things I found on that device is Animojis. That is a very deliberate way to send your expressions to your loved one with Animated Emojis. In the camera department, The rear camera is handled by dual sensors of 12MP; one with the 12MP telephoto lens, f/2.4 aperture while the another regular camera is 12MP, f/1.8. Interestingly, it comes with quad-LED flash and Dual OIS, also capable of recording 4K video @60FPS and 1080p slow motion video @240FPS.

The Face ID is present on this device using True Depth Camera System to unlock it securely, as rumored earlier. You can accomplish several tasks using Face ID such as Apple Pay, unlock the device and much more be using eligible apps. Apple claims it is a very secure way to use even in dark place. It accumulates 30,000 invisible dots to scan your face.

Furthermore, the device is powered by latest Apple A11 chip which is based on Hexa-core CPU integration of 30% faster GPU compared to A10. Regarding the storage, it brings two storage variants; either 64GB or 256GB, while RAM is still unknown. The device employs Wireless charging alongside fast charging capabilities.

The standard 64GB variant starts from 999$, but the price of the higher variant still hasn’t been disclosed. It arrives in Silver and Space Grey colors option.