Huawei is gradually stepping up in chip fabrication and already produced several SoCs from mid to high range, those are being used on its own devices. Recently, we had reported about Company’s forthcoming flagship grade chipset – the Kirin 970; that will be utilized in most of the Huawei’s high-end smartphones. Rumors suggest that Huawei Mate 10 would be the first smartphone to have it. 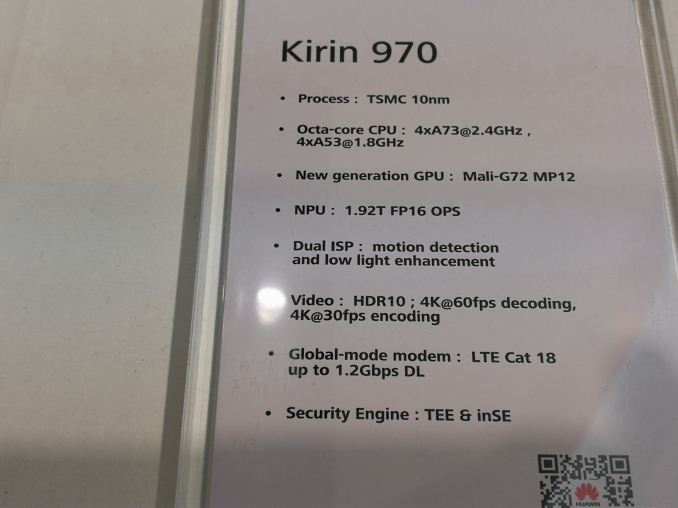 Surprisingly, The company has showcased the Kirin 970 at IFA 2017. The new chipset makes several improvements over last year’s Kirin 960. It employs TSMC’s 10nm process whereas, 960 was using the 16nm process. So, we can expect great power efficiency in a smaller package. However, this is not a new thing in the smartphones industry, though, the first time you will see in Huawei smartphones. The integrated CPU is octa core, where 4 x A73 cores are clocked @ 2.3GHz while another 4 x A53 cores are clocked @ 1.8Ghz with given GPU of Mali-G72 MP12. 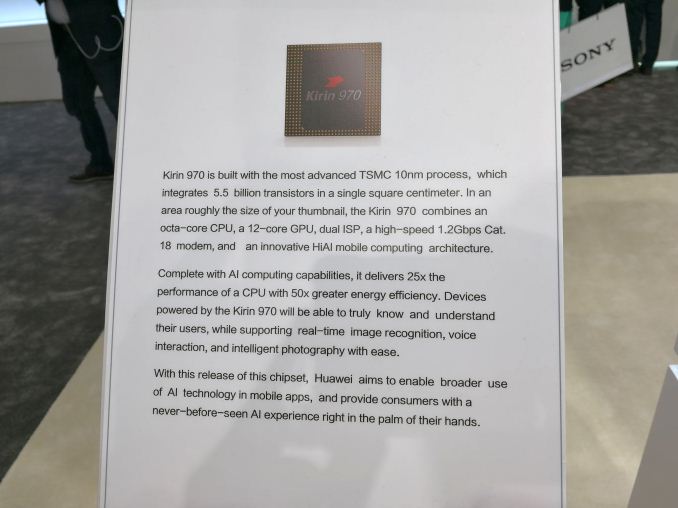 The rest of the features are dual ISP for motion detection and low light enhancement, support for HDR10 with 4K60 decoding, 4K30 encoding, and an LTE Category 18 modem, which is capable of going up 1.2Gbps for download speed. Besides, the chipset comes along with a dedicated Neural processing unit (NPU), rated at 1.92 TFLOPs of FP16, which is 3x more than Kirin 960’s 0.6 TFLOPs FP16. Overall, It seems a balanced chipset, but will it survive against big fishes of the industry Samsung and Qualcomm? Give your opinions in below comment section!