The Chinese manufacturer Xiaomi is all set to unveil its next bezel-less smartphone Mi Mix 2, the successor of last year’s Mi Mix. The company is already sending out invitations for September 11 event. In the meantime, we receive a couple of images confirming the rumored specifications. 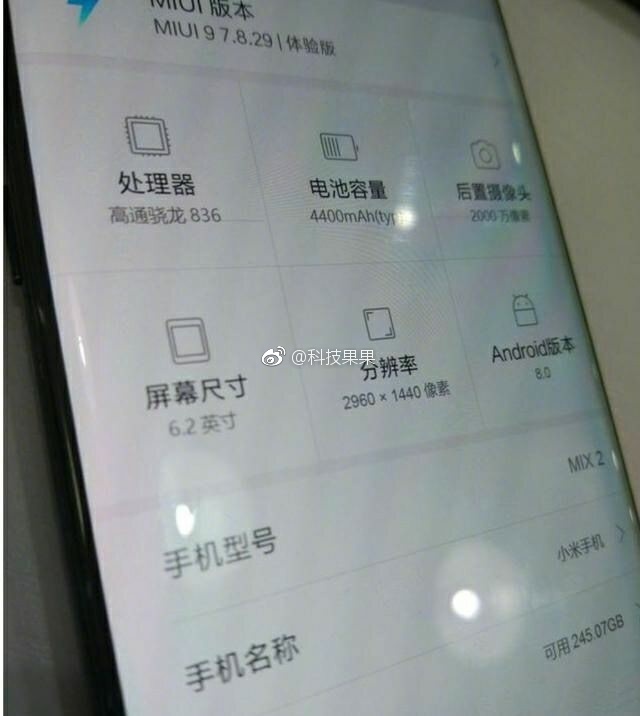 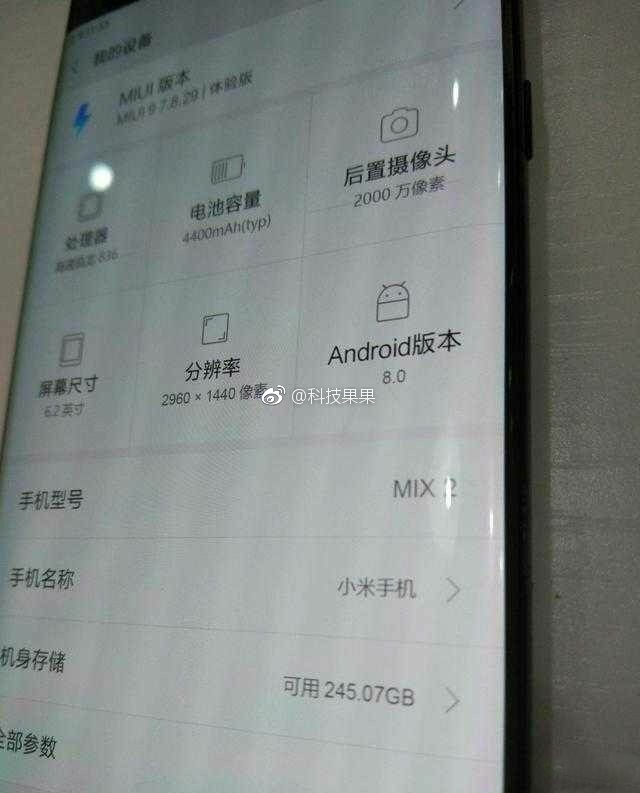 According to leaked images, the device will have 6.2-inch 1440 x 2960p display (should be 18:9 ratio), Snapdragon 836 processor, 4,400 mAh battery and 20MP camera. As you can see in the above images, it is showing 245.07GB storage to be left. So, we can expect 256GB variant as earlier rumored alongside 128GB storage. Interestingly, Android 8.0, Oreo is there with MIUI 9 to operate the device. Lately, Geekbench listing unveiled 6GB RAM combination.

Overall, it is a complete package one would expect from a device launched in 2017. If all the given specs go true, the handset would be game-changing for the company.

What are your expectations? Let’s know in below comment section!