GlobeMobiles.Com
Home News iPhone 8 leaked again in a live video with side by side...

Apple flagship caught again in Another leak. This time a 6 seconds video clip came into light by showing side by side design of imminent iPhone 8. As always, we can’t confirm the authenticity of the leaks, but it might be dummy unit. According to leaked video, everything looks same as earlier rumored. The dual verticle camera is embedded on the back, but surprisingly another dual camera can be seen on the front as well. 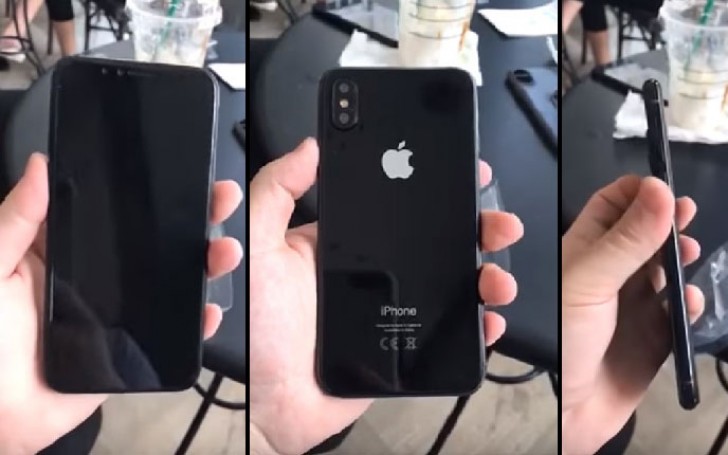 A few days ago, AppleInsider has claimed that no Touch ID on iPhone 8 on the behalf of some documents obtained from KGI Securities analyst “Ming-Chi Kuo,”. This leaks also designates the same perception as we already heard. On the front, one of the camera is expected to used as iris scanner and facial recognition to replace the Touch ID to perform specific tasks. Furthermore, we can notice the power button on the right side while the volume rocker and the mute button are sitting on the left side.

Still, the condition is very confusing, nothing is confirmed yet. The device is expected to launch in September with 5.8-inch OLED display. Foxconn senior vice president Luo “Zhongsheng” already confirmed that the forthcoming iPhone 8 will not be a cheap device, so many reports presumed that it could be priced around 1100$. What do you think about these leaks? Let’s know in below comment section!