Lenovo has always been criticized not to deliver timely updates for its smartphones, and I agree with this point. I had used multiple Lenovo phones in the past and didn’t receive even a single update, especially on the Vibe X3. But Recently launched Lenovo P2 has started getting a new update in India. The update size is about 125MB and rolling out via OTA. The device has already got Nougat update though, but still lacking latest Security patch.

The new update brings security patch level of July month, which was earlier stuck to February. However, not the latest one, but at least company has provided an upgrade, which is rare in mid-range segment considering a majority of brands. Apart from that, the firmware carries some bug fixes and device stability enhancement. 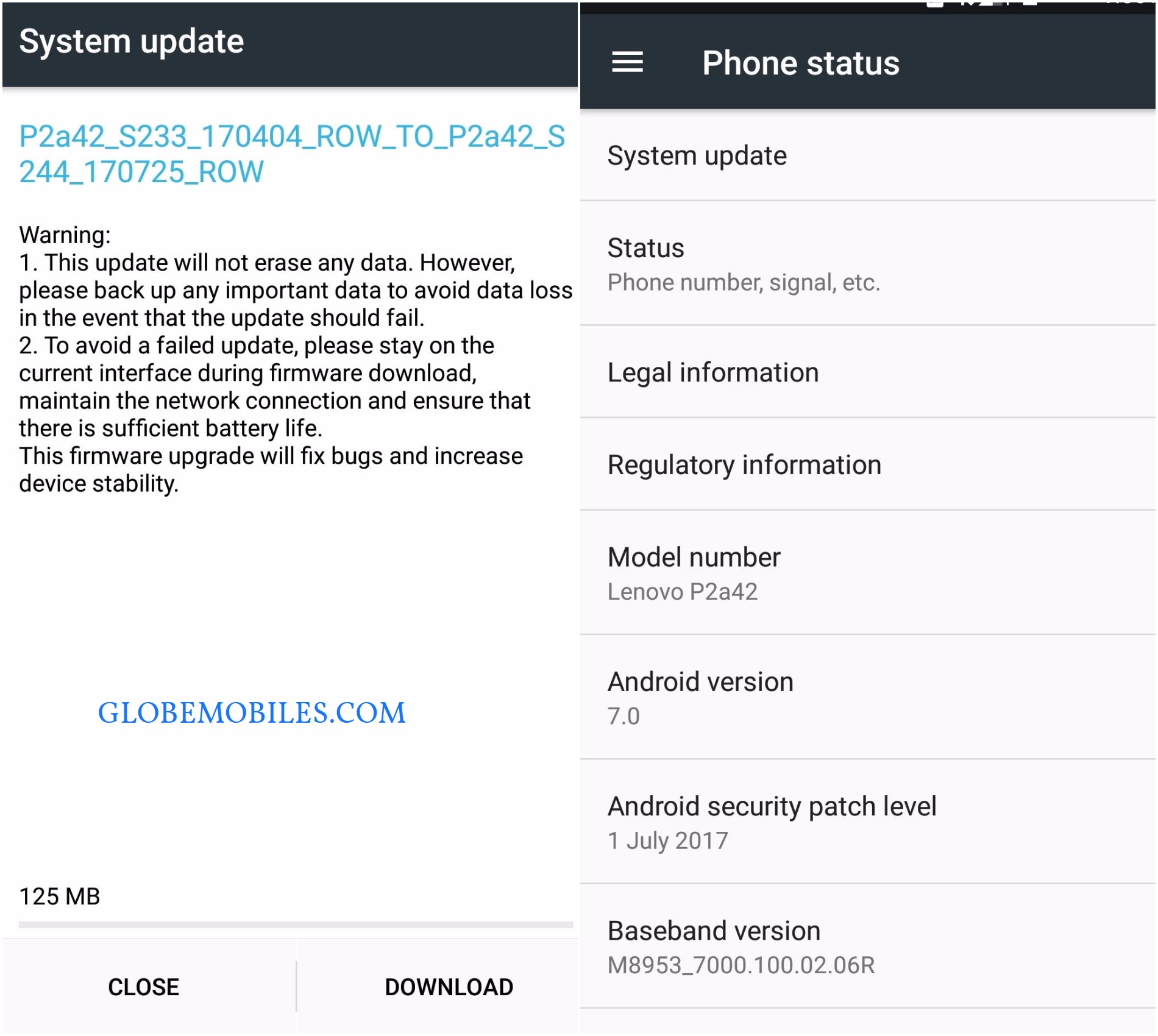 As usual, OTA updates take some time to reach targeted device. So, if you still didn’t get the update, you can manually check it by visiting Setting > About Phone > Software Updates, or you can wait until you receive an alert prompting you to download and install the OTA. Remember that, current this update is rolling out in India; hopefully, the company will make it available in other regions as well.